Why we choose the men we do 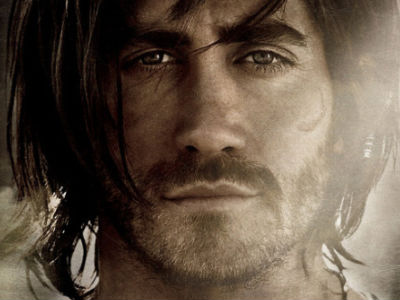 It’s an age-old question: why do women find some men hot and other men horrendous? A new article in The Economist uses science to solve the riddle, and it turns out who we choose is heavily swayed by the prevalence of both disease and violence in our home country. And you thought the answer was a prominent jaw line! Well, it turns out that’s a factor, too. Click here to read the full explanation of what women really want.

We recently learned of Prince William’s engagement to long-time girlfriend Kate Middleton, and we all swooned when they set a date, promising a truly spectacular wedding of Diana-esque proportions. Now the official engagement photos have been published, and they’re every bit as regal as is to be expected, with the engagement ring handed down to William from his mother figuring prominently in both shots. Nearly everything is as it should be, save one small detail: why, in the happy embrace photo, does dear Willy appear to have the hand of a small, very pale old man?

Though the online classified website Craigslist has already banned its online sex ads in the United States, it has so far refused to do so in Canada. Now, a growing number of provincial government officials are pressuring Craigslist to ditch the ads, which they say can be a front for sex trafficking that often involves underage girls. Canada’s justice minister and five provinces have demanded Craigslist shut down the ads, but the site has so far not complied.

Barbara Walters may be a tad too soft-focus and sentimental for some, but in a recent opening clip for her interview with the cast of Jersey Shore, Walters proves she can still be hilariously sarcastic. Before announcing the cast, Walters gets serious, looks right in the camera, and delivers this gem: “When I think about what you are about to see, I’m reminded that I never got that big interview with Jacqueline Onassis or Greta Garbo, but now I have some consolation. Ladies and gentlemen, my interview with the cast of Jersey Shore.” Well played, Walters, well played.

While Haiti suffers through a cholera epidemic that has so far claimed thousands of lives, new research from the Associated Press has found that very little aid money promised by the United States is actually reaching Haitian contractors. Only $1.60 out of every $100 of U.S. aid goes to a local contractor, with the rest being paid primarily to American contractors. Locals and development experts are worried it’s an aid structure that will leave countries like Haiti and Afghanistan forever trapped in a cycle of dependence on foreign financial support.