Why Valentine’s Day may soon be Viagra Day

Viagra sales spike before V-Day; abortion and rape in American politics; Heart Truth ladies look ravishing in red; the British super granny has been identified; and why you should let your teenager sleep in. 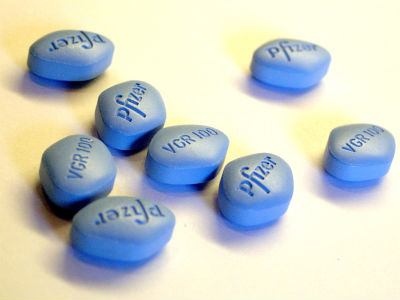 With Valentine’s Day just around the corner, it’s not unexpected that sales of flowers and chocolates are up – but Viagra? Apparently sales of the little blue erection-enhancing pill have spiked over the past week, up some 26 percent from the drug’s worst selling weekend, which happens to be Thanksgiving (apparently grandma and aunt Bea are not doing it for the fellas). Said one doctor, “It’s not Valentine’s Day, it’s Viagra Day.” How romantic.

It seems that whenever women’s sexuality and American politics mix, we ladies emerge with the short end of the stick, so to speak. The topics of both rape and abortion have reared their controversial heads in recent political debate south of the border. For a moment there, some conservatives were lobbying to create a distinction between “rape” and “forcible rape,” and then create legislation ensuring that only victims of “forcible rape” would be eligible for federally funded abortions. Riiight. That insanely contradictory and misogynistic piece of politicking has since been shelved, replaced by a push to end federal funding for Planned Parenthood, which provides, among other things, contraception advice and STD testing. Because helping prevent unwanted pregnancies and the spread of disease is a bad thing, apparently.

The annual Heart Truth fashion show shines a spotlight on women’s cardiovascular health, while also giving us the opportunity to ogle celebrities in fancy red dresses of their choosing. Here is a lovingly assembled (by Jezebel) collection of some of the sexiest and bodacious ladies to strut the runway in the same of heart health.

Anyone lucky enough to be raising that fickle beast known as the Canadian teenager knows that the creatures are never at their cheeriest first thing in the morning. But apparently there is a scientific reason for this: according to numerous studies, teenagers are particularly well programmed to perform and be alert during the afternoon, evening and night hours, rather than the morning. Now, Eastern Commerce Collegiate Institute in Toronto is taking that knowledge to heart and offering a high school program that doesn’t start classes until 10 a.m. So far, the program is a hit with students, parents and faculty. As one teacher put it, “The difference is like night and day.” Cheeky.

And remember that British granny who foiled a pack of sledgehammer-wielding bank robbers with only her purse swinging skills? Well CBS has identified the woman as 71-year-old grandmother Ann Timson. Timson said she initially thought the robbers were beating up a kid, and so rushed over to defend the supposed child. Says granny of her victims: “He raised a hammer to me, so I kept hitting out and shouting for others to bring them down. I was amazed, they all seemed mesmerized.” It wasn’t long before she had “landed several blows against one lad on the back of a bike and brought him to the ground.” Let’s hope we’re all as feisty and fearless as Mrs. Timson by the time we hit our golden years.