Why your blueberry cereal may be blueberry free; the best internet calling options; Calgary says no to flouride; Wal-Mart Canada announces expansion plans; and study finds abortion less mentally stressful than having a baby. 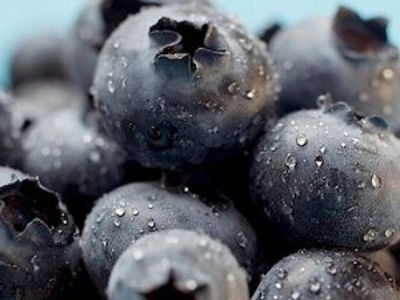 There’s been a lot of hubbub in the food news about the health benefits of blueberries, so it’s not surprising that numerous food producers are pushing products containing the small blue fruit. Now, a new report from the Consumer Wellness Centre has revealed that many retail food items that would appear to contain blueberries actually contain nothing more than a concoction of sugar, corn syrup, starch, hydrogenated oil, artificial flavors and food dye. For example, Total Blueberry Pomegranate cereal from General Mills contains neither blueberries nor pomegranate. To make sure you’re getting the real thing, check the ingredients for red dye No. 40, blue No. 2 or any other artificial colours.

A city council committee in Calgary is recommending removing fluoride from the city’s drinking water. The committee voted five to one to request that the province remove the tooth-strengthening chemical from the community’s tap water. It’s a controversial issue, and the city has held numerous plebiscites to establish public opinion. In the most recent, held in 1998, 55 percent of Calgarians voted in favour of keeping the chemical in the water. The issue will now head to city council for a final vote.

When it comes to making phone calls over the internet, options abound. There’s Skype, Google Voice, Line2 and FreePhone2Phone, just to name a few, but which is best? A recent article in the New York Times highlights the best and worst of online calling, and provides handy tips that may help you take a chunk out of your cellphone and landline bill.

Discount superchain Wal-Mart Canada has announced plans to open 40 new superstores in the coming fiscal year, at a cost of around $500 million. The discount behemoth says it intends to renovate and move old stores, and will also build new locations from the ground up. Though a complete list of locations has yet to be announced, the chain has confirmed it will be building extra large stores in Quebec and Manitoba for the first time, and that three existing Winnipeg locations will be converted into supercentres.

Having an abortion does not increase the risk of mental problems, but carrying out an unwanted pregnancy does, new data suggests. The findings come from a Danish study thought to be the most comprehensive to date on the topic. The study included data collected from 365,550 teenagers and women who had either had an abortion or given birth to their first child. Researchers compared the rate of mental health treatment among the two groups, and found that mental health problems increased slightly for those who carried their babies to term, while the rate remained the same for those who had had an abortion.