Why I wanted to support the Calgary Stampede 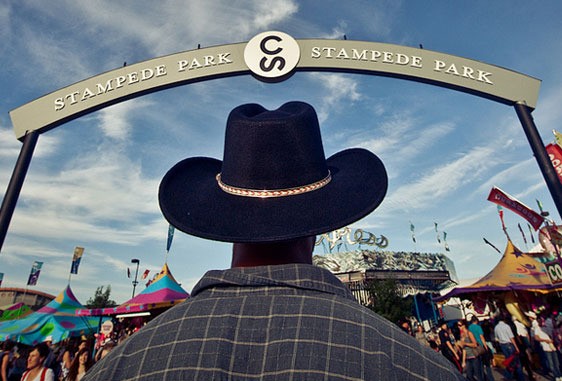 One month ago a sudden and violent storm caused the rivers that run through Calgary and Southern Alberta to burst, spilling over their banks and ravaging all homes, businesses, vehicles, roads and transit that lie in their path. The results were devastating, and the clean up for the communities that were hit will take months, if not years; for some, cleaning up is not even an option.

Amidst Mother Nature’s recent outbursts (let’s not forget the abrupt storm that also caused flooding in Toronto and Southern Ontario last week), one thing is for sure: People truly come together during these times of devastation.

One of the obvious questions in the days after the flood was whether or not the Calgary Stampede would go on. The Stampede grounds, located in the heart of the city, were completely submerged in water. Some didn’t believe it could be done, but Stampede president Bob Thompson assured Calgarians that the “Greatest Outdoor Show on Earth” would go on, “come hell or high water.” (His words have become the slogan of this year’s Stampede, and are now immortalized on t-shirts available for purchase; a popular wardrobe choice on the grounds this year.) Thanks to volunteers and staff that worked tirelessly, the 101st Stampede went on. And while the spirit of the city is always palpable during the 10 days of the festival, this year felt extra special.

While some felt it was inappropriate to hold the Stampede after the flood and to expel such effort and resources on the event when thousands of people’s homes were destroyed, I can’t imagine what the morale of the city would have been if the Stampede grounds had lied empty this last week. Instead, I feel as though the Stampede was exactly what Calgary needed to remind just how strong we are, and what an intrepid spirit our community has.

It was at the Stampede’s Grandstand Show that I truly felt the spirit of the Stampede unite Calgarians. A nightly event, it’s an incredible spectacle of singing, dancing, acrobatics and fireworks — and this year was no different. But near the end of it, a video screen began to display images from the events of the last few weeks. Photographs of flooded streets, people cleaning up their homes and the now infamous image of a firefighter carrying a woman to safety all flashed before the audience. “Calgary, We’re Greatest Together,” appeared on the screen. The audience roared; people were on their feet, clapping and cheering. The sky exploded in a show of fireworks, which was dedicated to the heroes of the flood. Ultimately, the Stampede is a celebration of what we can achieve when we come together — and Calgarians have shown just that.