Why hangovers get worse as we age, and how to avoid them

In today’s news: why your hangovers are getting worse; how to stop being late for everything; the secrets of aging; hilarious responses to Alexandra Wallace’s racist rant; and Americans trust Charlie Sheen more than Sarah Palin. 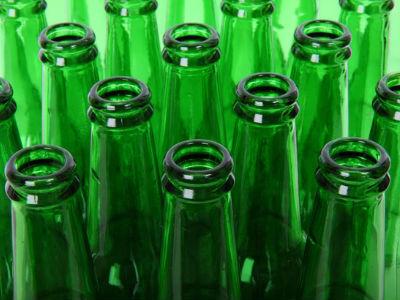 It’s the day after St. Patty’s Day, and many of you are likely nursing a healthy hangover, and thinking to yourself, “This wasn’t nearly as bad when I was younger.” It turns out your body is battling a scientific fact: as we age, our hangovers get progressively worse. The enzymes we need to break down alcohol diminish with age, leaving us less equipped to metabolize booze and get it out of our system. To at least partially stave off the effects of drinking on the aging body, experts recommend drinking more expensive, high-quality alcohol, rather than litres of green beer like in the good old college days. Better booze has fewer additives and chemicals, and is easier for the body to process. Cheers!

Are you five to ten minutes late for…everything? Despite our best intentions, many of us struggle with punctuality and are consistently late. This article explains that discovering the root cause of your chronic tardiness and addressing it is the only way to get your life back on track and on time. For tips on discovering the reasons for your lateness, read on.

Humans have been working to slow the aging process for centuries. Now, a scientist at the Albert Einstein College of Medicine says he may be close to understanding the biological processes of aging, and believes that knowledge could potentially be used to extend the human lifespan. Dr. NirBarzilai has been studying the genetics of centenarians, and has discovered that those who live the longest have a genetic predisposition that allows them to better process good cholesterol. These centenarians also perform several other biological processes better, and this predisposes them to unnaturally long life. Drugs that affect these processes are already being developed, and may one day be available to those of us without the genetic predisposition to live to be 100.

You may have already heard about the now infamous racist rant of UCLA student Alexandra Wallace, who posted a YouTube video of herself complaining about Asian students talking in the library. While Wallace’s video was ignorant and offensive, some of the many video responses to her rant are anything but. Click here for some of the funniest, cleverest, and straight-up smartest videos in the online backlash to Wallace’s public act of racism.

Looks like Americans are bigger fans of winning than going rogue. A recent poll from Public Policy Polls pitted mama grizzly Sarah Palin against scandal-plagued actor Charlie Sheen for president, and the prostitute-loving Sheen came out on top by a margin of 41/36.