Why does commuting make women more miserable than men?

The daily challenge of getting to and from work, whether it’s encountering heavy traffic and unexpected road construction, or coping with transit delays and enforced proximity to equally miserable commuters on the city bus or subway, is enough to make even the most even-minded individual cuckoo by Friday night. 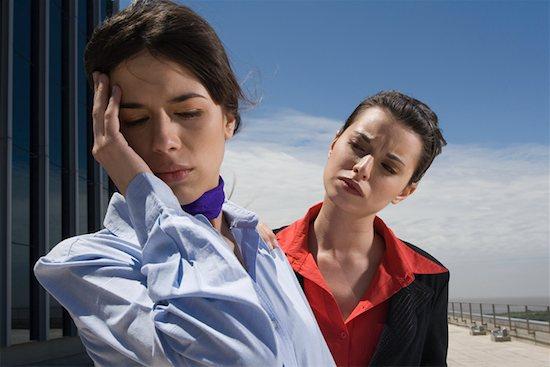 The daily challenge of getting to and from work, whether it’s encountering heavy traffic and unexpected road construction, or coping with transit delays and enforced proximity to equally miserable commuters on the subway, is enough to make even the most even-minded individual cuckoo by Friday night. Symptoms of commuter overload may include laboured breathing, irrational outbursts, and the inability to resist the temptation of Cinnabon.

Men don’t have it easy in the commuter department, particularly as they appear to generally commute for longer lengths of time. But a recent study (via WebMD) suggests that it’s women who may be more prone to feeling the effects of the stress of commuting.

Researchers from the University of Sheffield and the London School of Economics examined survey data from thousands of employed British adults from the ages of 18 to 65. The survey included answers to questions about length of commute as well as a separate self-reported survey about mental health.

Why are so many women tearing their hair out to and from work while some men use the time to nod off or chill out and read the paper? The study’s authors hypothesize that the excess psychological stress may be because women are dealing with more than just work and commuting in the course of a day; they’re also shouldering the greater burden at home. As a result, they’re often multi-tasking more, making “multiple stops for things such as childcare pick-up and drop-off and food shopping” in between their working hours.

A more equitable division of labour at home might improve this state of affairs, the authors suggest. But failing an immediate and seamless social revolution, women might take solace in the results of another recent study (via Huffington Post) that found that women who let go of the dream of finding a “perfect” balance between work and family life were happier than women who tried to do it all. And failing that, there’s always Cinnabon.