Why do men take pictures of their penises and send them to strangers?

Congressman Anthony Weiner isn’t the first politician to send inappropriate jpegs to a woman (mercifully he kept his briefs on). But currently he’s one of the more famous examples of the lapse in judgment (not to mention online etiquette). And while he’s tearfully admitted his indiscretion, he’s failed to answer the question most people are wondering: Why? 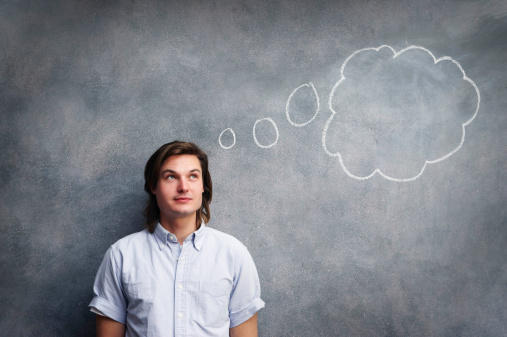 I have a camera and I have private parts. I’ve never felt the two needed to get together for a photo shoot. In fact, I’m positive they wouldn’t get along at all. Why do so many men feel otherwise? Why send a jpeg of your penis to a woman, or in some cases a near stranger? And why would anyone with political status or a public reputation to protect think sending a naked-and-sacred shot out into the cold cruel world was a smart move?

Congressman Anthony Weiner isn’t the first politician to send inappropriate pics to a woman (mercifully he kept his briefs on). But currently he’s one of the more famous examples of the lapse in judgment (not to mention online etiquette). And while he’s tearfully admitted his indiscretion, he’s failed to answer the question most people are wondering: Why?

Writer Irin Carmon on the website jezebel links the trend to the broad category of narcissism, citing an “overlap” between the kind of sexual narcissism private snaps reveal with the personality type that often seeks public office. In short, your congressman or MP is the kind of guy who craves adoration in more ways than one.

Carmon writes: “If you want to blame the Internet for anything, blame it for manifesting — and giving an outlet to — what surely must have always been present: Men (and they are still overwhelmingly men) who not only want your votes but for you to adore their waxed pecs. And they think they can get away with it.”

It’s an interesting idea if for the only reason that it reveals the great gap that exists between the narcissist and reality. Want a woman to ooh and ahh, congressman? Send her a picture of a Labrador retriever puppy.

A blogger on the Psychology Today website has another take. Writer Ogi Ogas believes that men who take pictures of their genitals are expressing a natural urge to display their wares in the marketplace. (Look at my penis! Please.) It’s not a conscious decision so much as it is a function of evolution, he argues. Ogas goes on to say that this primitive urge to show off your hang-down is reflected in the behaviours of our closest evolutionary relatives, male monkeys and apes.

Unfortunately, as Ogas notes most women don’t want to date, marry or sleep with Bonobos monkeys, hence the public vilification a prehistoric monkey-man receives when he slips into primate patterns of behaviour.

I don’t mean to split hairs with Ogas, but I have to say the evolutionary bridge he’s building is missing a few steps for me. In defense of monkeys and apes, who rarely run for office sadly, I’ve never heard of a bonobos emailing a photo of his member to a female acquaintance.

Ogas’s piece has got me thinking, however, though in the opposite direction. Perhaps politicians should take their cues from primates in future: leave the tech gadgets in the grass and head to the jungle when they feel the need to channel their inner caveman.