When did we all become so judgmental?

Have social media and public commenting created a generation of overly-opinionated people? 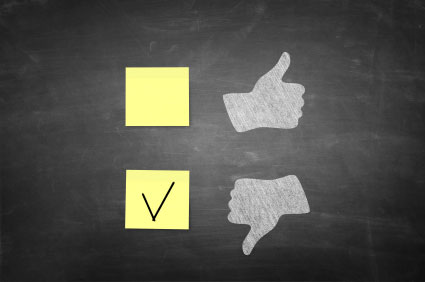 How many people wish there was a “dislike” button on Facebook (Photo by Istock)?

The Obamas apparently enjoy their pet Bo, a Portuguese Water Dog, so much they decided to get another one, a one-year-old female called Sunny.

They simultaneously made a donation in Sunny’s name to the Washington Humane Society, in well-intentioned recognition of her homeless counterparts and also, perhaps, in a hopeful attempt to stave off the inevitable backlash certain to result from vocal legions of dog-rescue advocates who predictably made their practiced disapproval known across cyberspace.

Should even our selection of family pet, an inherently private and idiosyncratic choice, be subject to censure by those who would be king? I admire animal rescue but it’s one thing to champion a cause in which you believe, it’s another to use your pet passion as a cudgel and bully stick.

Remember when you had to face down only your opinionated great aunt and your nosey neighbour when you decided to, say, chop off your long locks? Now, if you’re in the public eye, like Beyonce, you can expect the whole world to confer judgement.

Though we enjoy unrivalled personal freedoms of expression, ironically, it’s put us at the mercy of loud and unfiltered legions of cranks and lobbyists who turn every occasion into their own speaker’s corner.

With the clamourers and scolds baying at our heels, telling us how to live our lives in moral, ethical, social and cultural compliance with their unyielding set of commandments, it’s a relief to come across the soft-pedal approach, one that encourages us to live according to our own plans and instincts, rather than the self-involved designs of others.

Slate recently ran a comic strip by Gavin Aung Than from his blog, Zen Pencils, which is an illustration of a 1991 speech by Calvin and Hobbes creator, Bill Watterson, a thoughtful reminder that when it comes to what’s important, ignore the clatter and pay attention instead to the gentle, knowing and persistent voice within. “To invent your own life’s meaning is not easy…but it’s still allowed,” it says.