What the rest of Canada can learn about cooking from Quebec

Why French Canadian women kill in the kitchen 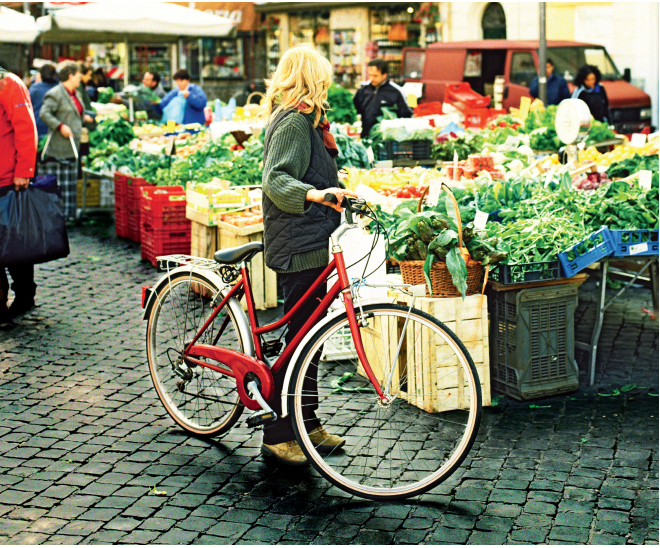 Last year, Chatelaine surveyed 1,000 women, ages 35 to 45, about pretty much everything — love, money, health, career, kids, sex — and found that results often varied drastically from province to province, leaving us with a lot of burning questions: Why do Albertans have more sex? Why are B.C. women happier? Why do Atlantic Canadians feel like they’re killing it at parenting, while the rest of the country wallows in kid-rearing guilt? To better understand our fellow Canadians — and steal their best practices — we asked experts to explain our differences in a series of posts.

This time, we look to the land of  poutine, “cabane à sucre” and creton. In Quebec, 66 percent of the women we surveyed said they cook every day. Every. Single. Day. Plus, 76 percent feel they’ve mastered the culinary arts. Here, five food and wine experts on La Belle Province’s gastronomic superiority.

Riccardo Bertolino, executive chef of Maison Boulud restaurant in the Ritz-Carlton Montreal
“From my experience, there’s an affinity for a European style of life that influences what we choose to eat, the way we choose ingredients and probably the time we dedicate to cooking. I also think women are more adventurous here. For example, I sell a lot of salad and vegetables for lunch, but I also sell a lot of sweetbreads and also bone marrow — they have very educated palates.”

Emma Cardarelli, co-owner and chef of Montreal’s Nora Gray, one of the city’s best Italian restaurants
“The eating culture is totally different in Quebec. People are more open to trying things they haven’t tasted before, such as tripe, and they’re more educated about food in general. It’s the influence from France. The other thing is that the median income in Quebec is quite low and people are on tight budgets; they cook because they can’t necessarily afford to go out.”

Anne Fortin, owner of cookbook store, La Librairie Gourmande, in Montreal’s Jean-Talon Market
“There’s a big interest in cooking shows in Quebec — they’re made in Quebec for Quebec audiences. We’ve also seen a developing interest in buying local and knowing where our food — like pork and duck — comes from.” [Interview translated from French.]

Arnaud Ferrand, owner and wine pairing instructor of Ateliers & Saveurs, a culinary school with locations in Montreal and Quebec City
“There’s something known as “the French paradox,” which refers to the idea that certain French people eat so much fat and drink so much, but they have longer life spans than in people in North America. In Quebec, we get a lot of good fat from cheese and we’re very proud of our Oka and Le Riopelle de l’Isle. We also cook lots of fish, like salmon, lobster and shrimp, often from our own Gaspesie and Bas-Saint-Laurent regions. And, of course, we drink lots of wine! Researchers studied the paradox and say it’s not really about what you eat but how you eat it — the quality of the products, not always eating the same thing, eating smaller portions. I think Quebec is much more of a European province in this sense.”

“People are really passionate about ingredients here, but many don’t have a lot of money to go out all the time. They’re really educating themselves on how to become good cooks, so they can still experience good ingredients, like maple, salmon and kimchi, on a tighter budget. There’s a big Italian influence as well, and that cuisine is about simple cooking that’s very ingredient-oriented. Things like fresh mozzarella and beautiful olives are everywhere in Quebec because we have so many markets.”

More:
Canada in 35 photos
How to cook a perfect steak indoors
The coolest places to go glamping in Canada