Kate Middleton, once cruelly dubbed “Waity Katie” by the British media might now be called “Lazy Katie” – a reference to the fact that she recently quit her job in order to “prepare for her future life,” according to palace officials. 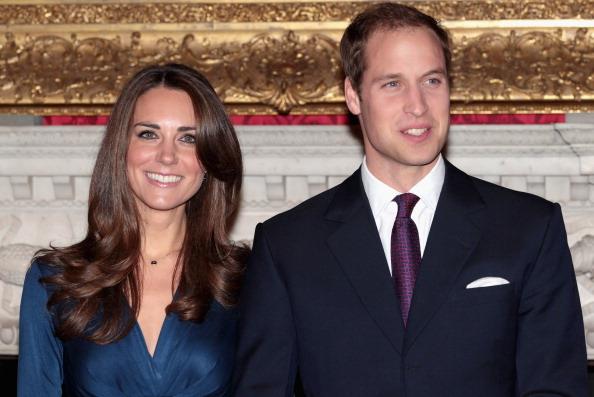 Kate Middleton, once cruelly dubbed “Waity Katie” by the British media might now be called “Lazy Katie” – a reference to the fact that she recently quit her job in order to “prepare for her future life,” according to palace officials.

While in Britain the media accepted the news without much fuss (people here accept the fact that being a princess, strange and outdated as it might seem, actually IS a job), the North American media has got itself in a strop over the fact that the future royal is no longer climbing the career ladder at her parents mail order company, Party Pieces.

“Kate Middleton is hilariously lazy, and she’s in for a rude awakening once she becomes a princess and realizes how much “stuff” is expected of a working royal,” wrote the Celebrity blog Celebitchy. And Canada’s own Katrina Onstad declared in her column in the Globe and Mail this week, “If I lived in London, I’d ride by her window on my bicycle and shout: ‘Get a job!’”

Well I do live in London, and while I won’t be riding by Kate’s window anytime soon (mostly on account of the fact that she lives with William in Anglesea, Wales), I wouldn’t have anything nasty to shout if I did.

The criticism of Kate’s non-existent career ambitions are nothing new. A couple of years back, as anticipation for a royal engagement mounted, stories of disapproval within the royal family circulated widely. “The Queen has voiced concern that Prince William should not announce an engagement to his long-term girlfriend Kate Middleton until she has secured herself a full-time job,” royal correspondent Katie Nicholl wrote in the Daily Mail back in 2008.

But the truth is, what good are career ambitions for a young woman who has signed up to spend the rest of her life producing heirs, laying corner stones and attending charity balls?

If Kate hadn’t decided to marry Prince William, a decent job would have obviously been essential (few educated, modern gals leave their twenties without one). But the fact is, now that she’s engaged to be royal, the normal civilian rules no longer apply. The idea that someone as insanely scrutinized as Kate is could simply toddle off and find herself a nice, respectable office job is completely naïve.

Similarly naïve, I think, is the notion that royals are duty-bound to “set an example” for the rest of the population. The royal family’s influence, one shouldn’t forget, is based on the notion of divine right – or the belief that the monarch derives her power directly from God.

There is obviously nothing rational or normal about being royal, so why should royals be expected to behave like regular folks saddled with regular societal expectations?

In this sense, Kate is damned if she does and damned if she doesn’t. If she quits her job and devotes herself to the old-fashioned business of being a dutiful, loyal, demure princess, she will be reproached for letting down the feminist cause. But if she insisted on heading off to work each day, causing a media circus, and leaving her wedding planning and social obligations to palace minions, she would no doubt be criticized inside the Palace.

Basically, the future princess’s career-gate is just another case of a young woman who gets blamed for being wrong no matter what she does. My verdict? Give the poor girl a break. After all, she’s got her work cut out for her now.