See what happens when a city takes women's needs, listens to them, and meets them with urban improvements. 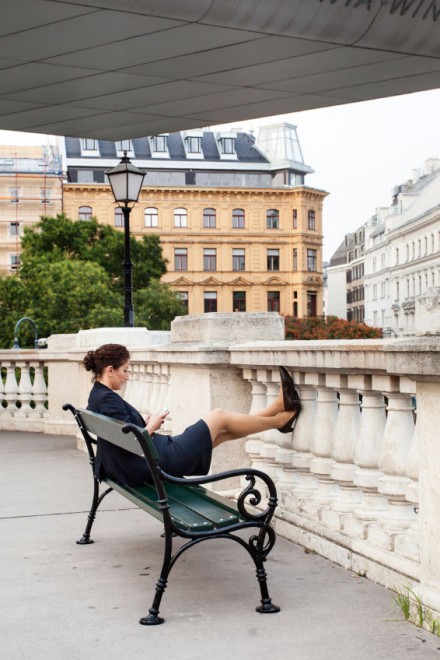 A woman rests on a bench in Vienna, Austria (Photo iStock).

Wider sidewalks, well lit urban paths and streets, housing complexes designed with the hectic pace of families in mind — these are just some of the features that may make a city better equipped to fulfill the distinctive demands of its female population.

A recent article in The Atlantic brought attention to how city planners in Vienna took innovative steps to improve how a city functions for its female citizens.

To do so, they investigated how men used cities differently and took that information and applied it to improving the urban environment.

Their findings revealed some significant differences in how the sexes navigate city streets, the article points out. Men appear to take a basic approach. They only reported using a car or public transit twice a day. Women, on the other hand, really traversed the city. Their movement patterns revealed usage that went beyond simply getting to and from work. Instead, they walked more and used sidewalks and paths as well as public transit.

The reason for all of this to-ing and fro-ing came down to the fact that women were also shuffling kids around to appointments and performing more domestic chores — info that may have surprised city planners but not your average working woman.

What’s even more impressive about the Austrian experiment in city planning is that the information was actually applied to infrastructure. Public parks were improved to encourage more use among girls, street lighting was improved, sidewalks widened, and even housing benefited. One apartment complex was designed to reflect the needs of families and included green space, as well as an on site kindergarten, pharmacy and doctor’s office.

I know what you’re thinking: when can we get a custom-equipped urban landscape? Maybe when we start asking for it.

What additions would make your city more user-friendly? Tell us in the comment section below.