TV teaching kids to be famous rather than kind, study says

Television shows have traditionally fused entertainment with moral instruction—even the crummy ones like Full House. From I Love Lucy to The Cosby Show, the most popular shows have always chosen to emphasize the cultural importance of being a good person (kind, honest, empathetic). 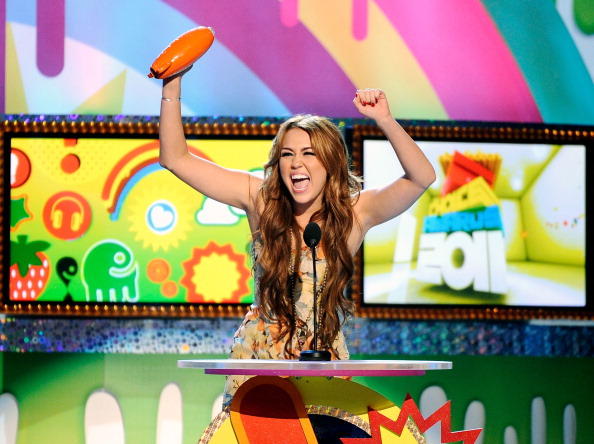 Television shows have traditionally fused entertainment with moral instruction. From I Love Lucy to The Cosby Show, the most popular shows have always chosen to emphasize the cultural importance of being a good person (kind, honest, empathetic).

Psychology researchers at UCLA (via Science Daily) believe there has been a dramatic shift in the value system of popular television shows currently popular with kids. What are kids learning from TV now? To value fame above all else. And that doesn’t bode well for the expectations and dispositions of future generations.

Researchers analyzed ratings, the cultural bent of the shows deemed most popular, and conducted a small survey among viewers from age 18-59. They concluded that shows popular with kids from age 9 to 11 years old, such as Hannah Montana and American Idol, rank fame above the more traditional values of kindness and community-mindedness.

And that’s not the only message they’re sending kids. According to the study’s findings, the top five values celebrated in TV in 2007 were fame, achievement, popularity, image and financial success.

The importance of success and money marks a revolution in the cultural landscape in a pretty short time. In 1997, the top five values were community feeling, benevolence (being kind and helping others), image, tradition and self-acceptance. Fame was ranked number 15.

Yalda T. Uhls, a UCLA doctoral student in developmental psychology and the lead author of the study, admitted she was “shocked” by the change. In a statement, she said: “I thought fame would be important but did not expect this drastic an increase or such a dramatic decrease in other values, such as community feeling. If you believe that television reflects the culture, as I do, then American culture has changed drastically.”

Uhls was further troubled by the fact that these shows rarely indicate how much hard work it takes to achieve fame, or how unlikely ascending the ranks of celebrity is for so many people.

Uhls and her associates attribute part of the shift in tone on TV to the rise in self-aggrandizing forms of social media such as YouTube, Facebook and Twitter.