Date-night in Toronto: Embracing the city's sweet side

From romantic restaurants to late-night karaoke, here are our top picks for a couple's getaway. 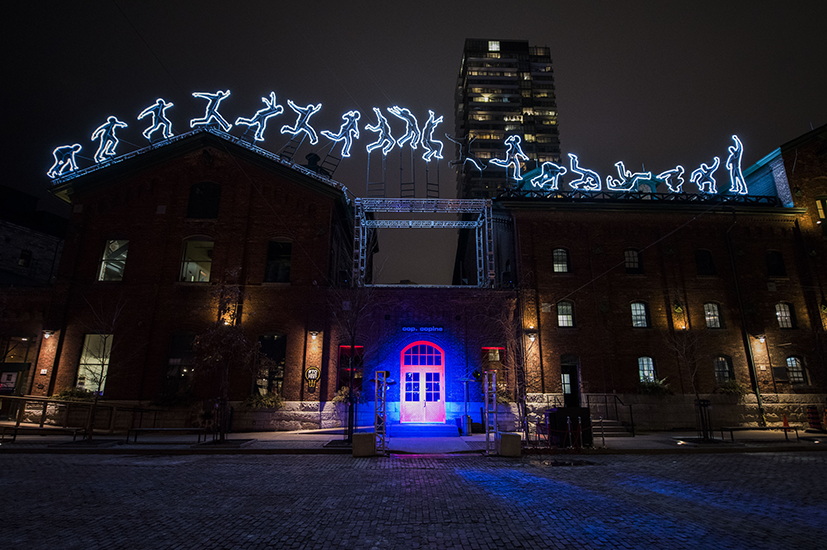 In partnership with Tourism Toronto.

Despite Canada’s reputation for being polite (read: reserved) and decent (read: a snooze), Torontonians can muster some serious passion. These spots reward that kind of fervor — though they’re all just as fun with a clutch of friends.

The nice folks at the Distillery District’s Toronto Light Festival wanted to do something that would, in their words, “make winter not suck so much.” The solution: feature nearly two dozen light installations ranging from bright origami tigers to eggs you can climb into to a light show that features a trick pony and a stationary bike. If you’re inclined to take a cozy couple selfie (we reject the term “us-ie”), the installations — up till March 12 — make for a more interesting backdrop than the predictable heart sculpture at the Distillery’s east end. But with its cobblestone streets and Victorian feel, the Distillery is a charming date location any time of year. It’s also home to an unholy amount of chocolate: start with the award-winning bars at Soma, sip the wickedly dark hot chocolate from Cacao 70, then pop a few dulce de leche truffles from Maisonette — they’re shaped like skulls, which lends a certain till-death-do-us-part vibe to the day. Toronto Light Fest.

Fact: There is no relationship conflict that cannot be solved by slamming ping-pong balls at each other. So head on over to Spin. Located in a sprawling space along the nightclub-crammed King West strip, it boasts a dozen tables and late hours, in case you and your sweetheart are working out a particularly thorny issue. (The winner can buy house-made Pogos.) If, however, ping pong feels a smidge aggressive for your level of strife, you could instead sort things out over games of side-by-side Skee Ball at The Greater Good, where there’s also pinball, local beer, ’80s arcade games and slices of conciliatory pizza. But if you’d rather take time to talk stuff through (while flexing your competitive muscle), hundreds of board games at Snakes and Lattes will let you show off your vastly superior problem-solving skills. SPiN; The Greater Good; Snakes & Lattes. 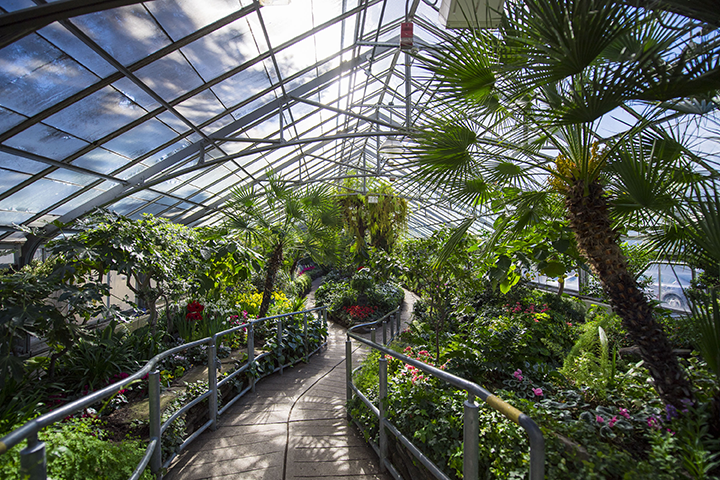 Get botanical — and political

With its thousands of well-maintained plants in six temperature-controlled greenhouses, Allan Gardens Conservatory doesn’t exactly seem like a place where anything impolite has ever happened. But its prickly plants disguise an even pricklier past: This was where, in the 1890s, suffragettes founded the National Council of Women of Canada, and where, in the ’30s, thousands of war veterans gathered to demand better treatment, and where, in the ’60s, poets got high (one assumes) and held readings to challenge a bylaw prohibiting speeches in city parks. So, yes, absolutely, take your loved one here and admire the banana trees and orchids and cacti and jade. But then get down to planning a revolution. Toronto Botanical Garden.

There’s ample red-sauce-and-checkered-tablecloth traditionalism left in Little Italy, but the west-end neighbourhood also houses some of the most interesting and of-the-moment beers the city has to offer. Find them at Birreria Volo, a railcar-thin craft-beer hall that’s heavy on brick and candlelight and even heavier on farmhouse and sour ales. Servers will gamely guide you through the list, and 3-oz pours encourage DIY flights. If your date leans more towards spirits than suds, The Walton is just across the street and offers classic cocktails, well-chosen wines and a lovely, leafy back patio. Birreria Volo; The Walton.

Teeny Chabrol in tony Yorkville might just be the city’s most romantic restaurant. All the hallmarks of a quality date spot are present and accounted for: the lighting is soft, the décor is lovely—marble tables and twinkly chandeliers—the food is French, and space is tight (the better for grazing knees). Cheese and butter and splashes of wine are used with abandon, and the spectacular apple tarte is pretty much non-negotiable—it’s baked to order and arrives light, flaky and drowning in Calvados sabayon, which is when conversation stops and a whole bunch of unintelligible noises begin. Chabrol.

There’s nothing like the sweet serenade of that special someone crooning Boyz II Men directly in your ear. (Or Mariah Carey. Or Prince. Or Ginuwine! You do you.) And the heart of Koreatown is home to plenty of karaoke bars that’ll get the job done — though we’re partial to XO Karaoke, conveniently located on top of Clinton’s Bar (for quick-fix liquid courage) and with a stacked catalogue of half a million songs. If you feel like a karaoke crawl, head to Freezone, which mercifully lets you eat outside food while you’re belting out the tunes, then end your evening at Gorhe Gorhe with a subtle setlist of Beyoncé’s “Baby Boy,” The Supreme’s “Baby Love” and Britney’s “…Baby One More Time.” 693 Bloor St. W., 721 Bloor St. W., 708 Bloor St. W.

More:
The best kid-friendly spots in Toronto that parents will love, too
The 15 coolest libraries in Canada
Toronto for sweet tooths: The best cupcakes, croissants and more