Experience the best of Pittsburgh: Museums, fine cuisine and more

A weekend in Pittsburgh is a revelation of amazing food, great art and loads of fun. 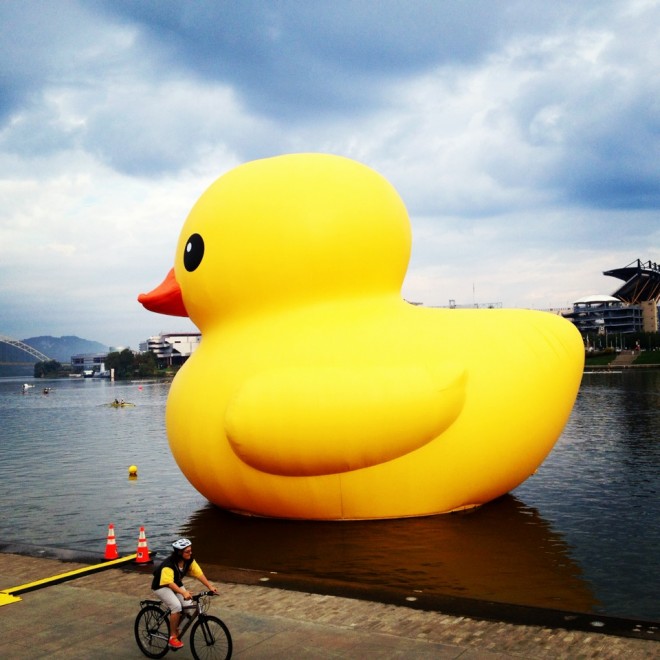 The giant duck is visiting Pittsburgh. It’s flying away in a couple of weeks.

I had never been to Pittsburgh, wasn’t expecting much — and found the opposite to be true! This town has it all. From the world’s first LEED-certified convention centre, to 24 miles of riverfront trails, if San Francisco and Chicago had a lovechild it would be this beautiful, vibrant city.

Contemporary art plays a big role in the city’s downtown core, with dozens of unique pieces becoming part of the landscape. From the 4th floor terrace of the convention centre you can read the 688 feet of blue LED lights that scroll 24-hrs a day — a kinetic display of three important novels that depict life in early Pittsburgh. Just around the corner is ‘Magnolias for Pittsburgh’, two true-to-life painted bronze trees tucked in with five real magnolia trees as well as ivy ground cover — a slice of magic in the heart of the city. For even more kinetic fun, stroll down to ‘Cell Phone Disco’, where electromagnetic waves of cellphones create changing LED artwork on a back alley brick wall. 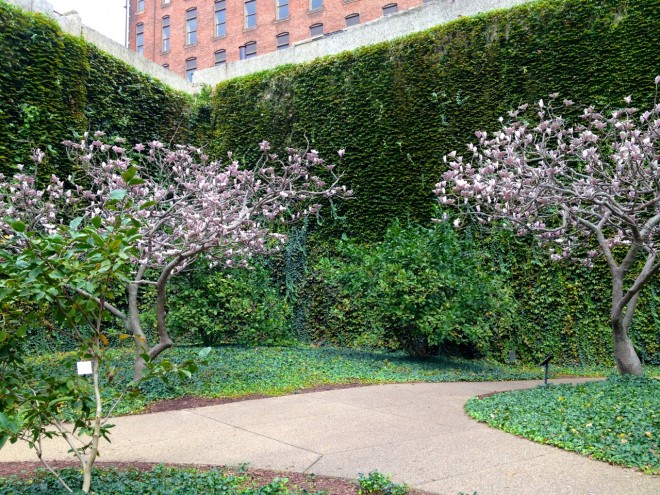 Believe it or not, these magnolia trees are sculptures. Whaaat?

The Original Oyster House really is just that, Pittsburgh’s oldest bar and restaurant (happy 143rd b-day!), located in the pretty tree-lined historic Market Square. The place is all subway tiles, formica tables, tin ceiling and weathered stools. Yet this is no tourist trap. A local pint of icy cold Iron City Amber is just $2.75 while a hefty (and tasty) fried oyster sandwich is just $5.

I had the privilege of seeing a rehearsal for the Pittsburgh Opera’s upcoming Verdi’s Aida (it runs from Oct. 12-20th but the whole season looks amazing). Housed in the first LEED-certified opera house in the country (sensing a LEED theme? The Consol Energy Centre, where the Pittsburgh Penguins play, is the world’s first LEED-certified hockey arena), it was incredible seeing people dressed in dingy street clothes while belting out arias like angels! 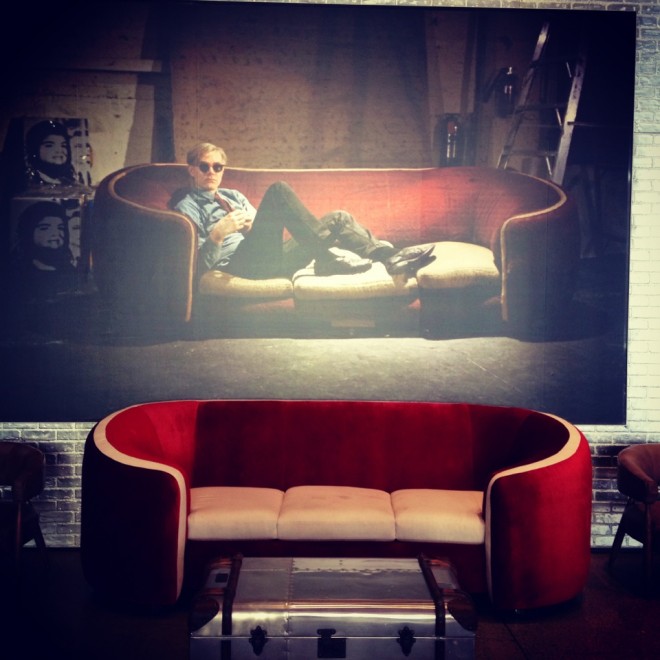 Andy Warhol, then and now. (Well, the couch, anyway.)

The Andy Warhol Museum, one of four Carnegie Museums in Pittsburgh, is so jam-packed with art, memorabilia, film and photography by hometown boy, Warhol, that you could happily spend hours here. Even more so now that The Warhol just launched a survey exhibition of work by Japanese artist Yasumasa Morimura, renowned for his photographic reprisals of iconic images from art history and popular culture, whereby he replaces the star of the image; be it Mona Lisa or Marilyn Monroe, with himself. The exhibit is a must-see and runs to Jan. 12th.

The Cure is the new face of Pittsburgh dining. Named one of Bon Appetit’s 50 best new restos last year (ranked #15), owner/chef Justin Severino, says, “We make everything here but the bread and cheese.” That includes butchering their own animals, making the delicious tinctures and bitters at the bar, and dishing out incredible meals, like my squid ink linguini with lobster and tomato broth and sea urchin butter, heaped with snowy crab, basil, and a butternut squash puree. Gaaaa! 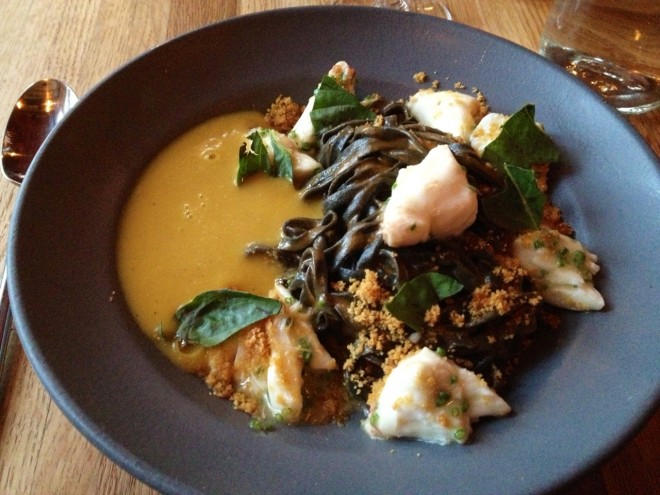 The food at the Cure is unbelievably delicious.