Living in a van: Part two

Recent revelation: The Australian summer is too damn hot to sleep in a Toyota minivan with no ventilation 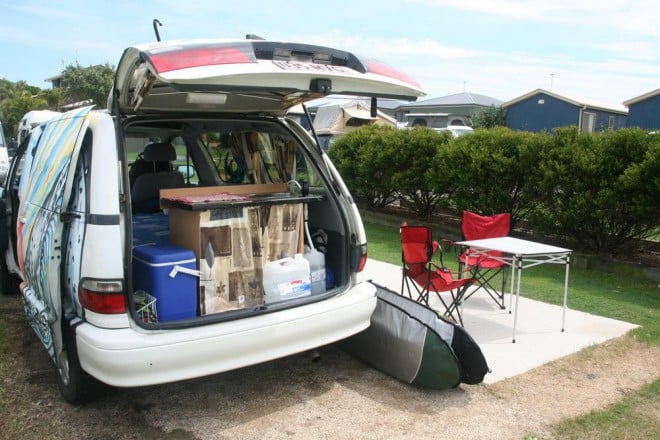 Clearly I wasn’t cut out for this sort of travel. What was quite novel on day one, by day three became downright uncomfortable.

Traveling north up the New South Wales coastline, we spent our second night on the road at Delicate Nobby – a deserted bare-bones campground that we found down a dirt road 10 kilometres outside of Crescent Head, which was about five hours south of our destination, Byron Bay. The further you travel up the coast the more stunning the beaches become. Just when you think you’ve seen the most pristine, gorgeous beach on earth you come across another that defies description.

Delicate Nobby, our hilariously-named campground, was located directly across from yet another mind-blowing beach with talcum-powder-soft sand. After telling us he could care less whether we stayed at his campground or not, the owner proceeded in his slow-as-molasses Aussie monotone to tell us about the history of the area – apparently Caption Cook completely missed this section of coastline during his exploration of Australia. 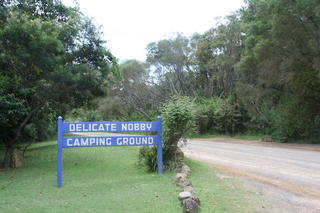 Anyways, back to the van – I don’t mind traveling in it all day long and I love cooking campfire dinners but in the heat of the Australian summer I absolutely cannot stand sleeping in the thing. Wait, correction: I CANNOT sleep in the thing. The Awesome Camper has no ventilation what-so-ever – just side windows in the back that crack open an inch. At Delicate Nobby, where we were camping in the bush surrounded, I’m sure, by snakes, spiders, “mozzies” and whatever other deadly creatures lurk in the wooded areas Down Under, we had no choice but to leave the van door open because we felt as if we were suffocating. Then, of course, I couldn’t sleep because I was trying to figure out which venomous creature would be first to burrow into my flesh and eat me from the inside-out.

By the time we got to Byron Bay the following day I cracked. The thought of sweating through another sleepless night was just too much. I needed a break, and a fan, so we checked into a cheap lodge room at one of Byron’s beachfront campgrounds.

Waking up the following day, refreshed, I was able to fully appreciate all that Byron has to offer and I think it might actually be one of my favourite destinations so far. Huge swaths of uncrowded, immaculately clean sand wrap the shoreline and the beach stretches as far as the eye can see. We have a fun little surf break right out front of our campground and the water is some of the clearest I’ve ever seen. This is the kind of place where you’re perfectly content laze around in the sun all day, hopping in the water for a surf every few hours. Heaven. 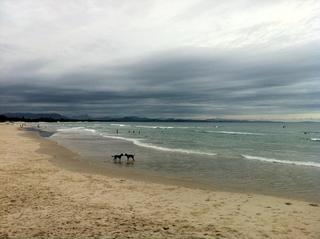 Byron is so beautiful and relaxed I’ve even been able to get back to bonding with our campervan. We’re shacked up in the van again but this time we’re surrounded by 100 other campers (this town is pretty popular) and a lot less creature-heavy bush. We did see a “Watch out! The snakes are out!” sign when we checked into the campground, but at least now there are other people around to help if a python creeps into the Awesome Camper tonight.