Travel to Austin: Hottest restaurants, hotels and things to do

Endless sunshine, lush green spaces and rockin' music, food and art. Find it all in Austin, Texas, the happening city with a small-town vibe 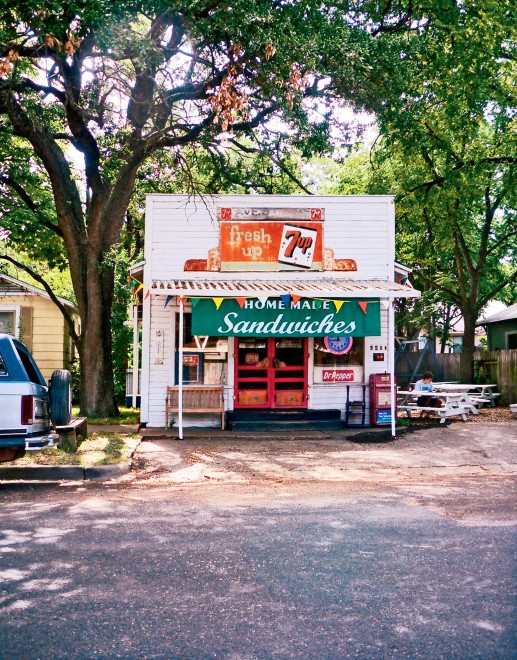 Your arrival in Austin will be the beginning of a love affair — with a city and a way of life — you won’t want to end. Consider yourself forewarned: If you visit the Texas capital, you’ll want to move there. On the plane, you’ll probably sit beside someone who did.

Once a sleepy town with an inordinate number of struggling musicians and Mexican restaurants, Austin is now a cosmopolitan city. It’s a counterintuitive utopia, and not only because it’s in Texas; the city offers a slower way of living in an inherently energetic place. There’s a glistening river that runs through the city centre and an abundance of fresh watering holes and verdant parks. There’s still the music and Mexican food, both worth experiencing. And it wouldn’t be nearly as much fun without its Texan characteristics: the honky-tonks, 10-gallon hats and cowboy boots. But “new Austin,” as natives often refer to it, includes boutiques and boutique hotels, art and architecture tours, supper clubs and dinner theatres, restaurants that will appeal to the most discerning flavour hounds and festivals—music, film, books, food and kites—galore. It’s the ideal vacation spot for music and movie lovers, for foodies and for those looking for a vacation that can be spent outdoors. Bonus: In April the wildflowers are in full bloom.

A cattle baron built the Driskill Hotel, the oldest in the city, in 1886. In the heart of downtown, it is the epitome of old-world Texas opulence, and you can almost hear the rustle of ladies’ skirts. There’s a grand ballroom, columns and a stained glass dome; a wrought iron balcony runs the length of the second floor, New Orleans style; and the bar has majestic horned-cattle heads. From $199 ; 604 Brazos St.

Across the river is the legendary Hotel San José. Though not overly lavish, the mid-century hotel is distinctly Austin. The courtyard garden buzzes with locals and hotel residents alike nursing margaritas and cold Shiner’s (a favourite Texan beer) at metal and leather tables scattered among cacti and succulents, while a DJ or musician plays groovy tunes in the background. From $95; 1316 S. Congress Ave.

Around the corner, Hotel Saint Cecilia, nestled into a quiet side street, is named after the patron saint of music. Each of its 14 rooms — seamless blends of vintage and modern — was inspired by groundbreaking artists and writers. After a long day, sink into a luxurious Hästens mattress, dip into the extensive library or peruse the vinyl collection. A private bar and 50-foot pool ensure you’ll never want to leave the small estate. From $310; 112 Academy Dr.

Best brunch
Fonda San Miguel is an institution, as famous for its hacienda-style interiors — vibrant colours, lanterns, a parrot — as for its authentic Mexican food. The Sunday buffet brunch is a gorgeous array of moles (traditional sauces) and irresistible desserts like the almond flan. 2330 N. Loop Blvd. W., 512-459-4121.

Fun lunch
You’re in Texas; you have to have some BBQ. Start at Franklin Barbecue — but be warned, the eatery (a trailer with picnic tables) has had huge lines since Bon Appétit declared it the best barbecue restaurant in America. 900 E. 11th St. An Austin landmark, Güero’s Taco Bar serves Tex-Mex; the crowd is casual (T-shirts and flip-flops) and often features at least one Wilson brother. 1412 S. CongressAve. For something different, try Enoteca’s antipasti and delicious paninis. Wine is a near inevitability. 1610 S. CongressAve. The nostalgia-inducing Avenue B Grocery & Market has create-your-own sandwiches and a must-try Frito pie.4403 Ave. B. Three words: chicken-fried steak. At Hyde Park Bar & Grill, 4206 Duval St.

Justine’s Brasserie is every Austinite’s favourite non-taco restaurant. A tribute to 1930s Paris, it’s known as much for its steak frites as for the good-looking wait staff and bohemian fetes. Open until 2 a.m., it’s a perfect post-gig spot. 4710 E. 5th St., 512-385-2900. If there’s such a thing as preternatural sushi, Uchi executive chef Tyson Cole has mastered it. Last year, Cole received the prestigious James Beard Award for best chef, Southwest, for his delectable melding of Japanese ingredients with global ones. 801 S. Lamar Blvd., 512-916-4808. For locavores, Barley Swine is the place to go. Bryce Gilmore is being hailed as an emerging talent and has created a mouth-watering small-plate menu using almost 30 local suppliers. 2024 S. LamarBlvd., 512-394-8150. Perla’s Seafood & Oyster Bar, popular for its food, location (in the heart of SoCo) and large patio, is the ideal vantage point for people watching. 1400 S. Congress Ave.,512-291-7300. The Petite Pêche & Co. Culinary Studio (512-799-2340) holds intimate salons, featuring music, dinner, performance and art. It’s a beautiful way to meet creative locals.

5 o’clocktails
Explore Austin’s charming neighbourhoods by going to the locals’ watering holes. Stop by Jeffrey’s for a sophisticated happy hour in the eclectic Clarksville neighbourhood. 1204 W. Lynn St. East Side Show Room is an ode to pre-war eastern European cafes and cabarets, with silent movies, live music and drinks like The Devil in Texas. 1100 E. 6th St. In the Rainey Street neighbourhood, Clive Bar calls to mind ’70s swank, but the patio is all Austin . . . and a little bit of Mexico. (Beware of the mescal.) 609 Davis St.

Music scene
There is almost nowhere you’ll go in Austin without hearing live music. For a truly Texan experience, head to the Broken Spoke and learn how to two-step — it’s got dance lessons most nights. 3201 S. Lamar, 512-442-6189. The Continental Club is the granddaddy of local venues and the embodiment of rockabilly flair — complete with tail-finned cars parked outside. 1350 S. Congress Ave., 512-441-2444. The latest spot is Swan Dive, an unexpected haven from the chaotic college-student-filled 6th Street district and the epicentre for the South by Southwest music festival. 615 Red River St., 512-555-1212. Or wander over to Club DeVille, nestled into a limestone cliff. Grab a drink on an old chair in the tree-lined bar and listen to live music on its outdoor stage. 900 Red River St.

Exploring
Aside from seeing live music, there are three must-dos in Austin. First, go swimming at Barton Springs Pool, a natural limestone pool that’s open year-round and always a crisp 20 degrees thanks to being spring-fed (believe us, you’ll be thankful when the mercury hits 38 degrees). 2201 Barton Springs Rd., 512-867-3080. Take a stroll on the 16-km trail that encircles Lady Bird Lake, a reservoir on the Colorado River, with beautiful bridges and stunning vistas. Easily accessible from West Riverside Dr. and W. Cesar Chavez St. And if you’re visiting between March and October, head to Congress Avenue Bridge at dusk and watch the bats emerge from below and blanket the sky. An estimated 1.5 million Mexican free-tailed bats live there, making it the largest urban bat colony in North America.

Beat the heat
From May to October, Austin cooks (average temp in July is 36 ) and you’ll want air-conditioned entertainment. Alamo Drafthouse Cinema, touted as the best theatre in America, is an all-in-one movie theatre. Wait staff deftly serve food and alcohol during endlessly inventive programming marathons, like “Robocop Reverse Triple Feature.” 1120 S. Lamar Blvd. The new Violet Crown Cinema has a similar concept, but a sophisticated taste for foreign and indie films. 434 W. 2nd St. Head to Arthouse at the Jones Center for an air-conditioned visual arts fix. 700 Congress Ave. The Harry Ransom Center at the University of Texas has a collection that includes the world’s first photograph, a Gutenberg Bible and archives of Norman Mailer, Doris Lessing and Don DeLillo. 300 W. 21st St.