In today's news: why everyone's talking about Slut Walk; can plastic surgery help bullying?; Ashley Judd's heartbreaking new memoir; global warming and mass extinction; and why working too much can raise your risk of heart disease. 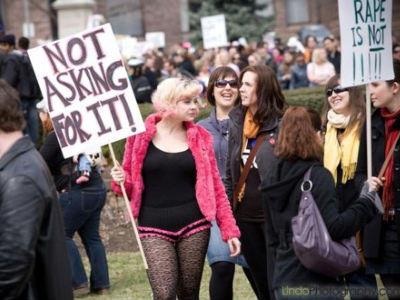 By now you may have heard about the Slut Walk that took place this past weekend in Toronto. The march was an act of protest against comments made by a member of the Toronto Police Department, who suggested that an actual rape victim might have avoided being assaulted had she not been dressed like a slut. Women (and men and kids!) took to the streets to protest the belief that dressing provocatively implies any sort of responsibility for being raped. Those marching did so in the hopes of shifting the general mentality from “don’t get raped,” to “don’t rape.” Well, it’s taken a couple of days, but now it seems the blogosphere is abuzz with Slut Walk talk. Take a look at this amusing collection from Buzzfeed of the 30 best posters from Toronto’s inaugural Slut Walk.

When is cosmetic surgery the answer to bullying? We’d like to say never, but a recent article on ABC ponders whether there are times when going under the knife may actually be beneficial to kids that are the object of schoolyard torment. The story highlights the case of a young girl named Samantha, whose ears stick out. Is surgery the answer? Read on to decide for yourself.

Ashley Judd’s new memoir All that is Bitter and Sweet hit shelves yesterday, and details a troubled childhood surrounded by a family riddled with addiction and abusive tendencies. The Oscar nominated actress appeared on the Today show yesterday to speak about the book, and her journey towards recovery.

A recent article in the New York Times warns the planet may be facing a sixth mass extinction, thanks to that old chestnut known as global warming. A group of scientists at the University of California at Berkeley examined the numbers, and declared that if the current rate of extinction continues unabated, we’ll likely face a mass extinction within hundreds of years. For a more nuanced explanation, click here.

Are you a workaholic? Well take it easy, because medical science has provided another reason for you to slow down. A new study from has found that working eleven hours a day or more can seriously elevate your risk of heart disease. Now’s your chance to cut it down to a less hectic 9-5 – you know, like “normal” people.