Too fat to lead? Has fat become a political liability?

Our cultural preoccupation with fat—who is, who isn’t, and what a big bum may or may not say about a person’s character—is increasing by the moment. 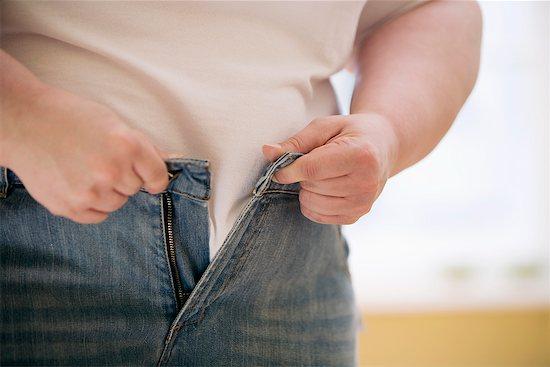 Our cultural preoccupation with fat—who is, who isn’t, and what a big bum may or may not say about a person’s character—is increasing by the moment.

No longer content to torment teen girls and actresses with our body weight issues, we’ve expanded the franchise. Now we’re sticking it to politicians, discriminating against them for carrying around a muffin top and a spare tire (woe betide the schlub who dares do both).

In Canada, Toronto mayor Rob Ford has taken his fair share of insults for daring to be fat (I’ve got a bigger problem with his policies, frankly, than his waistline). Ford can’t so much as close a library without someone calling him tubby. It’s a cheap shot–kind of like calling someone ugly—that brings political discourse to subterranean levels.

In the U.S. things have gotten really ugly.

Last week, columnist Michael Kinsley suggested that New Jersey governor Chris Christie, who is rumoured to be considering a Presidential bid for 2012 (Christie is a Republican), was too fat to lead.

“Look, I’m sorry, but New Jersey Governor Chris Christie cannot be president: He is just too fat. Maybe, if he runs for president and we get to know him, we will overlook this awkward issue because we are so impressed with the way he stands up to teachers’ unions. But we shouldn’t overlook it — unless he goes on a diet and shows he can stick to it.”

Kinsley’s qualification—“Maybe, if he runs for president and we get to know him”—is odd. It’s almost as if the whole “getting to know” him or her phase of leadership is a secondary, less significant stage in a democracy. Who needs depth when we’ve got appearances, right?

And if that’s how a respected political journalist feels about the political process then we’re in big fat trouble.

Kinsley goes on to imply that Christie’s weight is a character issue—he’s not disciplined—focusing on the unkind and discriminatory cultural associations that go along with being heavy.

“With a determined, disciplined effort,” writes Kinsley, “Christie could thin down, and he should — because the obesity epidemic is real and dangerous. And the president inevitably sets an example.”

No one is going to argue that a president, much like a mayor or a teacher, sets an example. But let’s hope it’s never as a health and fitness model. Because by Kinsley’s line of thinking (wouldn’t it be great if Kinsley set a more sophisticated example of critical thinking? Just a thought.) Winston Churchill would be too fat (double chin!) to lead England now, and the tan, lean Silvio Berlusconi is a model of contemporary leadership.