In the late ’50s, women were in charge of childrearing, but one man was in charge of telling us how best to deliver them. 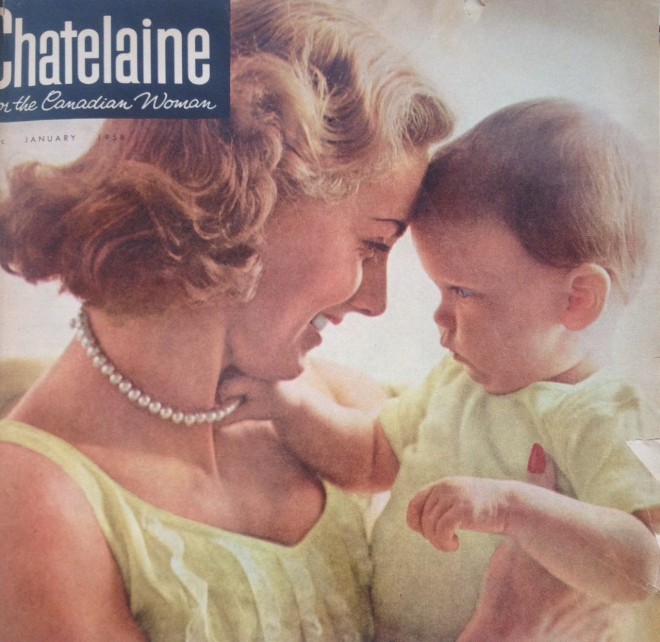 The hot topic: Natural childbirth. In his seminal book, the idealistically titled Childbirth Without Pain, British obstetrician Dr. Grantly Dick-Read captured the attention of medical professionals and the nervous uteruses of women across Canada, explaining what he called the “fear-tension-pain syndrome” of the birth process. Speaking to Chatelaine’s home planning editor Evelyn Hamilton in 1958, Dick-Read didn’t outright shun the use of painkillers, but rather argued that a large portion of the physical agony associated with delivering a baby was caused by “emotional factors.” To combat this pseudo-hysteria, the doctor advocated an extensive program of breathing exercises and a sort of group therapy for women preparing to undertake the obstacle course of bodily terror that is involved in populating the Earth. Most of the doctor’s philosophies were actually quite ahead of his time, but others were dubious. Here are six things about motherhood, breastfeeding and useless husbands that every Canadian woman should know, according to our 1958 conversation with Dr. Dick-Read:

1. “Motherhood was meant to be the greatest conscious achievement of a woman. She was built for that purpose. An unconscious woman loses the joy of seeing her child born.”

2. “I believe a baby born naturally, without operation or anaesthetics, and fed from the breast, has greater confidence and security and is happier and healthier.”

3. “Critics have said that it is bad for a woman psychologically if she fails to achieve a natural birth when she has trained for it.”

4. “96 per cent of my patients, having anaesthetic apparatus and pain relief by their side, preferred to see their babies born naturally without interference. But I prefer not to use my personal statistics.”

5. “A labor for which a woman has been carefully prepared can be ruined by a look, an aside to a nurse, or the rattle of instruments—by careless cruelty and ignorance.”

6. “If [the doctor] sees that the husband’s presence can be of no service, or may even be harmful, he should suggest that he take a cup of tea in the father’s waiting room.”