Things to do before I die

Diagnosed with cystic fibrosis as a baby, Jessie McQuitty was the type to wring every experience out of life and penned a lifelong to-do list to guide her. When she fell gravely ill at 22, her mother and aunt donated part of their lungs to her, giving her an extra two years to live. Jessie used them to make good on her list, till the very end 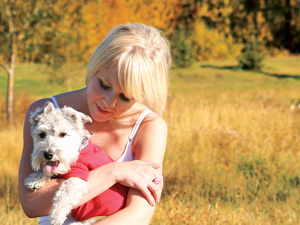 Before my daughter, Jessie, died, she wrote a list of all the things she still wanted to do in her life. I look at it all the time and sometimes recite items aloud: “Cook crème brûlée from scratch. Own a blowtorch. Go for a hot-air-balloon ride.” Jessie had cystic fibrosis, a hereditary disease that causes thick mucus to build up in the lungs and digestive system. When the mucus doesn’t move enough, it gets infected. The constant infections mean the lungs and organs become inflamed and don’t heal. Only half of the people diagnosed with CF live beyond their late thirties. Jessie made it to 24.

When she was diagnosed at six weeks old, the rational part of me understood the disease and the prognosis. But the mother part of me said, ”No goddamn way. My child will be different. I will make sure I do everything that’s required and do it so well that what the doctors and experts say is going to happen to her never happens.”

It shaped all of the 20 years I was a single parent. I never dated. My son, Tyson, two years Jessie’s junior, definitely got the short end of the stick. I spent so much time with Jessie.

Anyone who has a child who is dying will not admit, ”My child is dying.” You always think there is something else you can do. You latch onto anything – herbs, vitamins, miracle cures. We did it all.

At least twice a day, every day of her life, I had to give her chest physiotherapy – a technique of pounding on someone’s back and chest to loosen the mucus in the lungs. When Jessie got a cold, it was never a cold. It was pneumonia. She cracked ribs trying to cough. When she got really sick, I doubled the chest physio, which meant picking her up in the wee hours of the night to pound on her back for an hour, beat it out of her while the poor little thing was limp from sleep, so she wouldn’t have to be hospitalized. But by the time she was 10, she was getting sick more often.

She was a tough little cookie. Even when she was coughing her guts out, she’d insist on doing things. She hated to be identified by her illness. Her life was as normal as possible; she played soccer, went swimming and camped. Fully grown, she was just five foot three and around 100 pounds. She was beautiful and charming and everyone noticed her.

In January 2004, Jessie was hospitalized when a cold developed into pleurisy that she couldn’t shake. She was 20. Her weight dropped to 82 pounds. The doctors had to insert tubes into her chest so she could breathe. Because it was an emergency, they did it without anaesthetic. I’ll never forget those screams.

In March of that year, the doctors told us she needed a lung transplant. We put her on the waiting list. Nothing came. She got worse. I approached the doctors about being a living donor, someone who donates a lobe – a segment of a lung. You have to match the recipient’s blood type. And you have to be a minimum of 10 centimetres taller than the recipient because the donated lobe needs to fill the lung cavity. They said she hadn’t been on the list long enough. Then, in September, they said she had three months to live.

Emotionally, this stuff wrecks families, but it also ruins you financially. For the next year and a half, I spent 12 to 15 hours a day in the hospital. I didn’t work at all. I was on autopilot.

That Thanksgiving, I was having dinner at my parents’ house with my three sisters and their families. Jessie called from her hospital room. The doctors had been talking to her. They wanted to know if I was serious about being a living donor. They wanted to know if there were other candidates in my family. I got off the phone and just lost it. I knew how close she was to dying. All my sisters immediately said, ”Put me on the list.”

They picked me right off the bat. Lynn, my second-youngest sister, who’s now 47, was also chosen. I’m no freakin’ hero – Jessie was my child. But Lynn did it for someone else’s kid, and she has two children of her own. Living donors risk their own respiration to some degree. You can develop lifelong pain and asthma. Lynn and I both now have nerve damage – under my left breast, it’s numb, as if it’s asleep.

Jessie went through bouts where she was really nervous. What if one of us died? How would she deal with it? So we nicknamed the lobes ”the party girls” – Lola and Lucinda. ”When you get them in there, you are going to have such a great time,” we told her.

The operation began in the early hours of November 9, 2004. The surgeons broke Jessie’s sternum and cut her like a clamshell. Half her chest was peeled back to her face, the other half to her belly. Lynn’s right lobe was removed. I had a rib broken to get my lobe out. Jessie’s lungs were taken out, ”the party girls” put in, and then she was sewn up.

I hurt for sure. Still, my sister and I were out of the hospital in eight days. Jessie had already been in the hospital for months. She was wheeled into the operating room weighing practically nothing. Her muscles were atrophied. And then, two weeks after her lung transplant, while she was taking pain medication and anti-rejection drugs that made her nauseous, she had to get on a treadmill. She had to start working those lungs. She had no energy, and I had to say, ”Yup, get on your jogging shoes and let’s go.” She never regretted it; she was amazed to be breathing on her own. But she did admit, ”I don’t think I would ever do it again, Mum.”

A few months before Jessie’s transplant surgery, my father was diagnosed with esophageal cancer. He always called Jessie ”Girly.” She adored him. He brought Jessie’s little dog, Oliver, to visit her daily while he himself was going through chemo and radiation.

It took her a year to recover. And in that year my father died, and my second husband, Brian, and I made the tough decision to move to Winnipeg to be closer to Brian’s son. Jessie was afraid to let me go. I was torn. I wanted to be in Edmonton but also felt the whole point of the transplant was to give her independence.

Those lungs gave her one great year out of the two and a half years she had them. Her weight rebounded. She had her own condominium. She was working two different jobs, as a bartender and a waiter. Her customers loved her. She had the insides of her wrists tattooed. One said, ”Breathe.” The other had my initials and her aunt Lynn’s initials. She wanted people to ask her what it meant. She wanted them to understand the importance of organ donation.

Just after Christmas 2006, she took a bus trip to California with a group of students from the University of Alberta. For 10 days, they camped out overnight and went mountain climbing. She said it was beautiful. But keeping up with the others was hard work for her. Shortly after she came back, Jessie complained she was feeling tired a lot. She was eating, but having a hard time keeping her weight up. That winter she caught another cold. She was hospitalized for two to three weeks. One day she sent me a text message: ”I’m so sick of being sick.”

She started to deteriorate again. By the spring of 2007 she was back down to 82 pounds. Her doctor said, ”She’s had a rough winter, but I think she’s turning a corner.”

She hated the hospital – it was lonely – so they let her recover at home. I had been flying into Edmonton every three weeks or so to clean her condominium and run her errands. I wanted her to come to Winnipeg, so I could look after her. She said, ”No, Mummy, I want to sleep in my own bed.” So I asked my sisters, who lived in Fort McMurray and Calgary, if they could help out. She needed somebody to drive her to her appointments, cook her some decent meals and keep her company. All three of my sisters, Lynn, Karen and Laura, jumped to it, planning menus and working out a schedule.

For the very first overnight shift, in the spring of 2007, my youngest sister, Karen, made the five-hour drive from Fort McMurray. At 6 a.m. the next day – it was May 16 – Jessie woke Karen up and said her chest and back were so sore she hadn’t been able to sleep all night. Karen took Jessie in her lap and rocked her to sleep, then tucked her in. It was about 7:30 a.m. by then, so my sister stepped out quickly to buy herself a coffee and a newspaper. When she got back to the condo, she looked in on Jessie and noticed her neck was at a weird angle. Jessie wasn’t breathing. Karen called 911 and then she called me on my cellphone.

She died before we’d even left our house in Winnipeg. We couldn’t get a flight out for four hours. It was awful. It’s the hardest thing to lose a child. It doesn’t matter if you expect it; we knew she wasn’t going to live to 50. It still completely derails you. You try to fill the very large hole in your life. But really you just survive.

A few months after Jessie’s funeral, I found out people were taking the items off Jessie’s list and just doing them on their own steam. Students at a school for the deaf in Edmonton have been donating nickels every Friday so they can buy books for the ”Stollery,” the children’s wing at University of Alberta Hospital. A friend of hers is going fishing in B.C. and plans to catch a fish for Jessie. Her friends and co-workers raised $20,000 in Jessie’s name and donated it to the Edmonton chapter of the Canadian Cystic Fibrosis Foundation. People are taking trips in her honour.

We all hope we’re doing something that matters. But here’s a kid who in 24 years was able to touch the lives of so many people. She still does. Jessie is buried in front of my dad in Edmonton. I designed her gravestone – it’s a depiction of hands releasing a bird. Those are my hands, releasing my little bird.

Before I die I want to:

Click here to go to the beginning of the article