Almost ready to give birth to her second child, the Top Chef Canada host conjures a fantasy of corn dogs, seafood and night caps. Find out which California destination she loves to visit with her husband 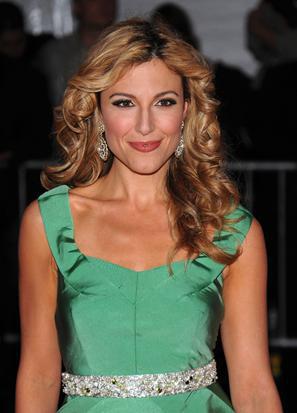 On Top Chef Canada, Thea Andrews makes for both a gracious and exacting host and judge. But when the self-professed foodie and glamorous TV personality isn’t giving the show’s contestants another impossible challenge to execute, she’s teaching her three-year-old son to ride his bike, and trying to squeeze in a little reading (maybe even a nap) before she gives birth to her second child in late summer.

On the phone from her home in Los Angeles, the extremely amiable Andrews recently took the time to share her Perfect Saturday with Chatelaine.com.

We have a great big grassy backyard so the first thing we like to do is just get out there. My son [Jack] will bring his wagon out and tear around the backyard.

If it’s less than 70 degrees out, or not sunny, or god forbid, actually raining, my favourite thing to do is go to Soho House. It’s great in the morning on the weekends because no one is there. My son can just sort of go nuts. He’s three years old and he doesn’t like to be restrained so it’s hard for us to go to a regular restaurant.

The staff knows [my son] so they’ll bring him a big stack of pancakes and a side of bacon. I always eat the quinoa and poached eggs, and my husband will eat this really great poached egg, arugula, and prosciutto dish. We’ll always order an extra something and then we’ll sit around and share it.

They play kids movies around 11 o’clock and they have these big overstuffed chairs that are more like beds—the whole family can sit in them. It’s a private club so it’s like a private movie theatre. It’s really great for kids.

That’s what we would do if it were a rainy day. If we wake up and it’s a bright and wonderful sunny day, which it usually is, we like to go straight to the Santa Monica Beach. We’ll pack up the pails, the sunscreen, and get breakfast down there. We’ll go to Shutters and maybe sit outside. If we’re feeling like a more traditional beach meal, we’ll go to the pier and get all the yummy junk food that you would never usually eat, like a corn dog—although I don’t usually do that. It sounds really good to me right now because I’m pregnant, but I don’t usually do that.

Right now my son is learning to ride his bike and the beach is the perfect place for him to whip up and down. He’s got one of those glider bikes. They don’t do training wheels anymore. Training wheels are passé. They have glider bikes, which don’t have pedals.  He just keeps his feet on the ground and pushes, which really makes sense when you think about it.

There’s a vintage carousel at the Santa Monica beach and I’m obsessed with carousels. My son loves to ride it so we’ll always make a stop there. Very conveniently by the carousel there’s also an old-fashioned 1950s ice cream parlour, and what 3-year-old is not in love with that? I have to admit being pregnant it’s a favourite stop for me now too.

After that I would hop in the car and go up the coast to Ojai with my husband. We got married at the Ojai Valley Inn and we love it there.

Ojai is the most peaceful, serene, beautiful place. You go there and every ounce of stress instantly drains out of your body.

They have this little restaurant in town called Sea Fresh, which doesn’t look like much on the outside, but then you go in and every single incredible seafood item that you could ever dream of is on the menu. The food is so fresh and so good that my husband and I order five entrees between the two of us and [just act] like gluttonous pigs. The ceviche is the best ceviche I’ve ever had, and I lived in Mexico and toured around South America, but I’ve never had ceviche like this. I’m salivating right now because I’m not allowed to eat any fish…right now that’s a fantasy meal.

We’ll go out for dinner, go for a walk, and I’ll try not to phone home too many times to make sure Jack is okay. I love to sit at the bar at night and have a nightcap before bed: a glass of port or a martini, depending on how sassy I’m feeling.

But no nightcaps for me right now. It’s pretty sad when you realize that you can’t do anything you like to do on your perfect weekend when you’re pregnant—drink, get crazy, have sex— but the eating part I’m doing really well!

One thing that definitely [would be] in a dream weekend right now—if I could squeeze it in between beaching and driving up to Ojai—would be to actually do a little bit of reading and take a nap! If I have an hour to read, which almost never happens, I try and read a book I’m working on. I just downloaded The Help, which everyone is talking about. That’s what I’m going to start next.

One thing I will say though, in your spare time or holiday time, you have to really think carefully about the book you’re going to read. The biggest mistake I made about a year ago… I was on vacation and I decided to bring The Road. I really wanted to read it and for some stupid reason, I decided ‘this is it, I’m on vacation. I’m finally going to read The Road!’ It destroyed my vacation. Beautiful, unbelievable book but there are some things you can’t unread.

Ever since that experience, I say if you have an hour on a beautiful sunny afternoon to read make sure you choose a book that suits your temperament.