The Word: On Peter MacKay, baby names, and cumbercupcakes

Canada's Minister of Justice misspeaks about Polytechnique, the most popular kids' names in 2014, and we've reached peak Benedict Cumberbatch. 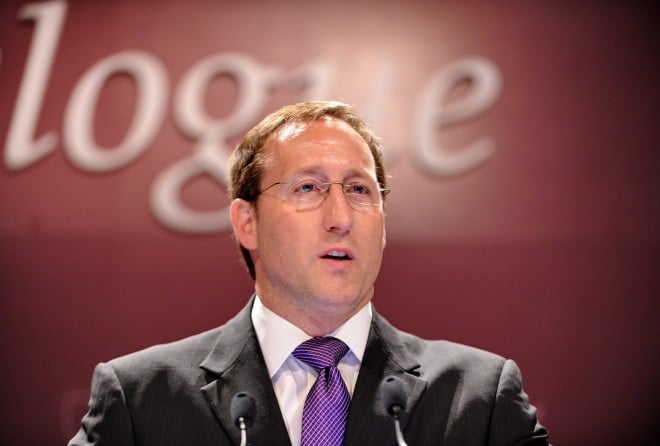 Minister’s mistake. Just three days before the 25th anniversary of the Polytechnique massacre, comments by Justice Minister Peter MacKay have caused an uproar on Parliament Hill (and Twitter). Speaking in the House of Commons on Tuesday, MacKay said “we may never understand…why these women were singled out for this horrific act of violence.” Federal NDP leader Thomas Mulcair, recalling shooter Marc Lepine’s manifesto, replied bluntly, “It’s because they were women.” Justin Trudeau later suggested that MacKay speak with Polytechnique survivors to gain some insight into their experiences.

Working conditions. According to a Statistics Canada report released Wednesday, fewer than half of individuals living with physical and mental disabilities in Canada are employed. (This is compared with an employment rate of 79 per cent among non-disabled people of working age.) Generally speaking, the more severe the disability, the less likely a person was to find work, but having a university degree their likelihood of employment by a significant margin. The report’s release coincides with the International Day of Persons with Disabilities, a U.N.–recognized day of awareness.

A helping paw. Hawk, a four-year-old black lab, has become the first Canadian service dog allowed to support a witness in court. The dog accompanied a young girl as she provided testimony in a Calgary sexual assault trial; her father is the accused. Hawk’s owner, Brent Hutt, says of the canine, “He comes and he’s well trained, he’s obedient, and he sits and people pet him.”

Private property. Forty terabytes–worth of employee salaries, performance evaluations, and other confidential files were hacked from Sony last weekend in one of the worst corporate-data leaks in recent history.

Microsoft has phased out its clip-art library, sending grade-10 students the world over into a PowerPoint-related panic.

What’s in a name? BabyCenter has released its annual ranking of popular baby names. Apparently Caden is the new Jayden.

Ariana Grande is the most-streamed artist on Spotify Canada, which should make her feel a little better about Tuesday night’s angel-wing injury.

More than half of U.K. women polled in a recent survey won’t let their partner see them makeup-free until their relationship hits the one-year mark. That’s a lot of concealer.

A woman known only as “Vereen” (Twitter handle: @cumbermuffin) has created bang-on cake-based replicas of uncomfortably attractive thespian Benedict Cumberbatch. She also makes Benedict-shaped cake-toppers out of clay—in case you were wondering what modern super-fandom looks like.

“I can honestly say I’ve never done this before.” Oprah shares the January cover of O with a lion. A real one.