The Word: On Charlie Hebdo, working holidays, and Joan Didion 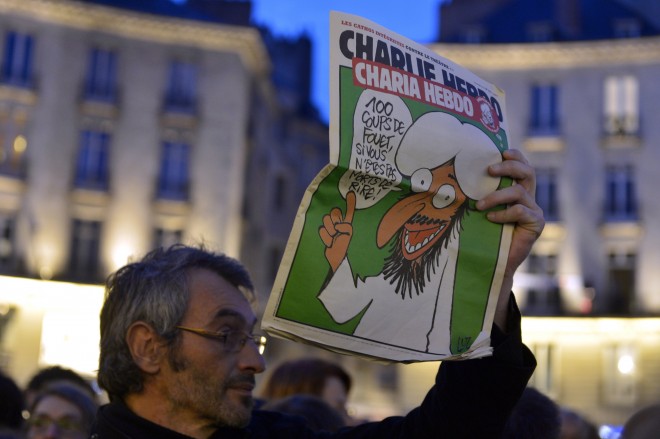 Tragedy in France. At least 12 people are dead and 11 more are wounded after a shooting at the Parisian headquarters of weekly satire magazine Charlie Hebdo on Wednesday morning. French officials have released the identities of the three armed suspects—brothers Said and Charif Kouachi and 18-year-old Hamyd Mourad—and suggest that the alleged shooters are linked to a Yemeni terrorist ring, but the investigation is ongoing. The incident fueled the already raging debate over constraints on artistic and journalistic freedom—the magazine regularly skewered prominent religious and cultural figureheads in cartoon form, including the Prophet Mohammed. Supporters worldwide took to public spaces to mourn the tragedy, many holding pens in the air, and the hashtag #JeSuisCharlie flooded Twitter in the hours following the attack.

The show will go on. Bill Cosby is set to appear on stage at Kitchener’s Centre in the Square Wednesday night in spite of mounting sexual assault allegations against him. The 77-year-old’s southern Ontario performance will be his first since November—since then, 15 women have publicly accused Cosby of drugging and assaulting them. (Three more women came forward just this afternoon.) Many organizations, including the London Abused Women’s Centre, have planned to set up demonstrations at the shows. Kitchener Mayor Berry Vrbanovic has even said he will attend a sexual-assault awareness event at the time of Cosby’s set. Two more shows in Hamilton and London are planned for later this week.

Healthy optimism. Ebola vaccine trials in Halifax are progressing well, says a spokesman from the IWK Health Centre. 40 Haligonians that were injected late last year have experienced “no adverse events of concern,” which likely indicates that the shot’s dosage is a healthy one. (This is a promising development in the fight against Ebola, the most recent outbreak of which has killed 8,000 people in West Africa to date.) Similar vaccines are also being tested in Gabon, Kenya, Germany, and the U.S.; Swiss trials hit a snag last month after several participants developed joint pain in their fingers and toes. Canadian researchers are expected to provide further information on the vaccine’s efficacy next month.

Here’s why women cry more than men. (Interestingly, “insanity” isn’t one of the listed explanations.)

There’s something in the water. But it’s not human feces, thanks to the Janicki Omnipressor—a waste-processing device backed by billionaire philanthropist Bill Gates.

The replacement. Peter Horachek has been named interim coach of the Toronto Maple Leafs.

The rise of Ant-Man. Paul Rudd, paragon of cheeky boyish charm, is the newest (and tiniest) Marvel superhero.

From page to screen. The first instalment of CBC’s adaptation of Lawrence Hill’s The Book of Negroes is set to air Wednesday night.

With Pope Francis scheduled to visit the Philippines next week, law-enforcement officials in Manila have been instructed to sport adult diapers so as not to disrupt the flow of traffic with their bathroom trips.

“Wait, what?!” Jimmy Fallon once went on a date with Nicole Kidman and had no idea.