Three of Canada's top 100 best-paid execs are women, a surefire way to have your identity stolen, and Mr. Christie makes good cookie-cake hybrids. 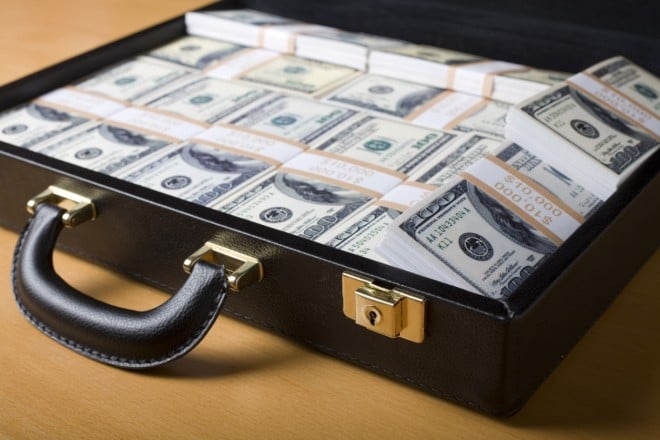 The good news: three of Canada’s highest-paid CEOs are women. The bad news: rounding out the list are 97 dudes. The country’s top 100 earners, who are ranked every year by the Centre for Policy Alternatives, rake in an average of $9.2 million annually—a salary that, as Canadian Business editor Graham Scott notes, is more than 190 times the average Canadian income of $47,358. Jerry Schwartz, founder of Toronto private-equity firm Onex, sits pretty in the top spot, with a yearly income of $87.9 million.

Makayla Sault has died. The Caledonia-area girl’s case made headlines last year after she ended chemotherapy treatment for leukemia in favour of traditional aboriginal medicine. Sault had initially received chemotherapy through McMaster Children’s Hospital in Hamilton before ceasing treatment due to its serious side effects. MacMaster then attempted to force Sault back into the hospital’s care by reporting the family to Children’s Aid, but an Ontario Court deemed this move a breach of Sault’s constitutional right to traditional healthcare. She was 11 years old.

The crazy-high cost of housing. Next to Hong Kong, Vancouver’s real-estate prices are the second steepest in the world.

Ontario is getting some new, high-tech traffic signage. The graphics promise to be good, but please keep your eyes on the road!

The era of the topless Page Three girl is over. British newspaper The Sun has decided to cover up its models after 45 years (and plenty of feminist campaigning).

TLC is crowdfunding its final album. They don’t want no scrubs—but they will take your money.

“The first thing I thought was, ‘I am getting, I am really getting old because these young doctors look younger every year.’” Dr. Sebastian Kent, an OB-GYN at St. Mary’s Medical Center in West Palm bean, Florida, expressed shock that a teenager had managed to masquerade as a medical colleague for an entire month.