The right to read

Eleven million adult Canadians struggle to understand basic items such as a medicine label or a school permission form. Low literacy skills affect our country's health, productivity and economy but rarely make the headlines. It's a national crisis - and here's all it takes to fix it 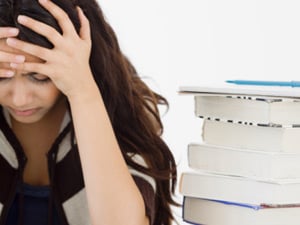 Linda Brunet never did well in school. In grade 10, when her peers were reading adult novels, she was struggling to understand the meaning of sentences in basic elementary-level readers. Although never diagnosed with a learning disability, the Montreal native was placed in a special-needs class. Her teachers labelled her slow. Her schoolmates called her stupid. Brunet eventually lost all confidence in her ability to learn. In class, she’d daydream, waiting for the end of the day. After completing high school, she never worked, fearing that she wouldn’t be a good employee: As a clerk in a store, she wouldn’t be able to count change; if she worked in an office, she wouldn’t be able to read instructions from her bosses.

Brunet, 42, hid her disability from others with her outgoing personality. “If I was asked to read something, I’d fake it and pretend to read, but I wouldn’t really understand.” She asked her sister to assist her with essentials such as bills and medications. Even after she wed in her mid-twenties, she still relied on her sister’s help.

Then, in 1998, Brunet’s five-year-old son, Patrick, who also has learning challenges, was having troubles with his teacher. Brunet felt that he was being made a scapegoat. Usually reticent, she took a stand, lodging a complaint with her board of education. “Because the teacher knew I had difficulty reading and writing, I think she felt I wouldn’t react and would stay silent,” she says. “But when those same labels that I had been living with started being placed on Patrick, that’s when I lost it.”

Brunet realized that the best way to help her son was to help herself. She decided it was time to dedicate herself to learning to read and write. She also placed Patrick in a school for children with intellectual challenges. “I was embarrassed by my lack of literacy,” says Brunet, “but I felt there was little I could do about it. The incident at Patrick’s school forced me to find some help.”

According to a 2008 report by the national non-profit Canadian Council on Learning, an astonishing number of Canadian adults – nearly 48 percent – have low literacy skills. More than 11 million people in Canada struggle, as Brunet did, to function in modern society and have difficulties understanding everyday items such as newspapers, street signs and transit maps. For individuals, the consequences can be devastating: Low literacy affects every aspect of life, from finding and keeping a job to navigating the health-care system to dealing with landlords. And on a national level, the impact of our low literacy rates is dire. As Canada has moved to an economy that relies on communication skills much more than in the past, the demand for specialized computer, literacy and technical abilities is increasing.

“Work that used to be completely manual is now laced through with requirements,” says Nancy Jackson, an associate professor of adult education and community development at the Ontario Institute for Studies in Education at the University of Toronto. “Employees need to keep logs of what they’re doing, problems that arise on the assembly line, materials that are damaged, all sorts of record keeping that we didn’t have in the past. Employers need their employees to function at a higher level.”

The TD Financial Group found that just a slight increase in literacy rates could boost Canada’s national income by $32 billion. “It would be best if all Canadians had at least a grade 12 equivalency of literacy,” says Margaret Eaton, president of ABC Canada Literacy Foundation. As it stands, low-literacy Canadians “are doing okay. They’re employed. But the question arises: Will they have the literacy for the jobs of the future?”

So how did it come to be that in Canada, one of the world’s most prosperous countries, a large number of people struggle to understand such basic items as a driver’s handbook or a school permission slip?

The situation has been attributed to a number of causes, from undiagnosed learning disabilities to disruptive conditions during childhood, such as divorce, abuse or poverty. There is also a concern that the country’s public-school system may be failing students. “The back-to-basics curriculum is more focused on children who want to learn to go to university,” says Jackson. “The trimming of programs like music and shop is cutting off a large number of young people from falling in love with learning.”

According to Statistics Canada, in the 2004–2005 school year about 10 percent of young people quit high school early. The majority, says Paul Cappon, president and CEO of the Canadian Council on Learning, are males living in rural areas, who see little connection between the math and sciences they’re learning and the realities of their day-to-day lives. But youth in inner-city neighbourhoods are at risk, too, of leaving school to work in low-income jobs to help support their families.

Cappon says businesses should be working more closely with schools, colleges and universities. That kind of collaboration could help ensure that students get the kind of training they’ll need, particularly in areas such as computer technology, to keep up on the job. Governments could be investing a lot more, too, by increasing dollars and support for literacy programs for at-risk children and giving tax credits to businesses that implement literacy programs for their employees.

Traditionally, support for literacy learners comes mostly from organizations such as ABC Canada, a national non-profit and advocacy group, and Frontier College, an adult-education institution that offers literacy programs across the country.

In Toronto, Janet Cloud has been volunteering with Beat the Street, a Frontier College tutoring and high-school equivalency prep program for young people who have left high school prematurely. Cloud, 51, has mentored four young women over the past four years. “My students don’t always want to tell me why they’ve left school,” says Cloud. “But I get the impression that the conventional school system wasn’t helping them.”

Cloud has arranged with her employer to skip coming in one morning every week. Even though her own workload is heavy and involves a great deal of travelling, Cloud looks forward to her volunteer shift. Her own teenage children have virtually every opportunity that any kid could want, she says. “And then there are those in Beat the Street who have nobody looking out for them,” Cloud adds. “I think it’s awful that kids can succeed or fail just depending on where they were born. Beat the Street is like a last opportunity for them to get their lives on track.”

Cloud has seen first-hand the benefits of her volunteering. One of her first students went on to complete a technical diploma at George Brown College. “My reward is sharing in the incredible joy that the student gets when they have accomplished something,” says Cloud.

Brunet made her way to Frontier College in Montreal in 1997, and has been working with a tutor on and off ever since. Her first challenge was learning to read the newspaper and supermarket flyers.

She got frustrated at times, but she was fuelled by the example she was setting for Patrick, now 15, who plans on becoming a firefighter, and her daughter, Carine, who’s 16 and hopes to be a teacher. Brunet’s progress was slow: There was no single moment when everything clicked, but each day her reading and writing skills improved.

She’s even begun to write for pleasure, completing three yet-to-be-published books, including a memoir. “I never would have dreamt that I’d wake up in the middle of the night with an idea and have to immediately start writing,” says Brunet. “But that’s what I do now. I write books so others will become inspired that they, too, can change their lives. When I learned to read and write, the world opened up to me.”