The good news about being 'friends with benefits'

A recent study (via The Vancouver Sun) on the long term potential of ‘friends with benefits’ may come as good news to those who hold out secret hope that there’s more to the connection than just simple attraction. 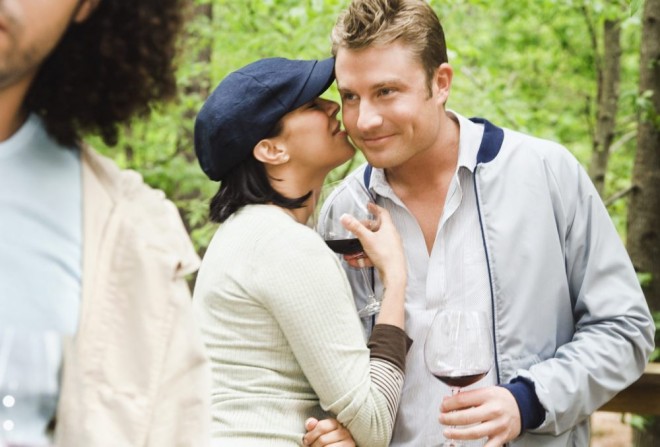 A recent study (via The Vancouver Sun) on the long term potential of ‘friends with benefits’ may come as good news to those who hold out secret hope that there’s more to the connection than just simple attraction.

According to psychology researchers in the U.S. (and contrary to what your mother may believe with her heart and soul) healthy, committed relationships can indeed evolve from casual, non-exclusive interactions that begin as friendly sexual dalliances.

Lead author, Jesse Owen, an associate professor at the University of Louisville, even makes the argument that casual sexual relationships, a.k.a. ‘friends with benefits’, may constitute a “new form of dating” rather than a modern form of psychological torture. And this new form of getting to know someone appears to come with much of the same levels of risk and reward as more traditional approaches to love and romance.

For the study, the researchers delved into the private lives of 764 men and women involved in committed relationships. Out of that number, 20 percent had begun their now exclusive unions as ‘friends with benefits’.

The researchers asked the participants a series of questions related to relationship satisfaction, communication styles and conflict resolution. The results indicated that couples that began as casual sex partners weren’t more likely to suffer from relationship instability than the people that followed a more traditional path to exclusivity.

The results even surprised the researchers. Owen was quoted as saying, “Commitment is a foundation of any relationship. And friends with benefits are really unstable, almost by definition. We thought that would carry forward but it didn’t happen.”

But ladies who secretly long for their casual hookup to see the light, and men who wish their randy gals would introduce them to their mother (I’m sure there’s one or two such guys), don’t get overexcited about the prospect of upgrading your romantic status, at least not yet.

The researchers hypothesize that the FWB relationships became committed unions because on some level the participants mutually longed for it. That means both partners — at least, at one point — were on the same page when it came to their feelings and together came to the shared conclusion that what began as casual sex had evolved into something far more lasting.