The fabulous unveiling of Caitlyn Jenner 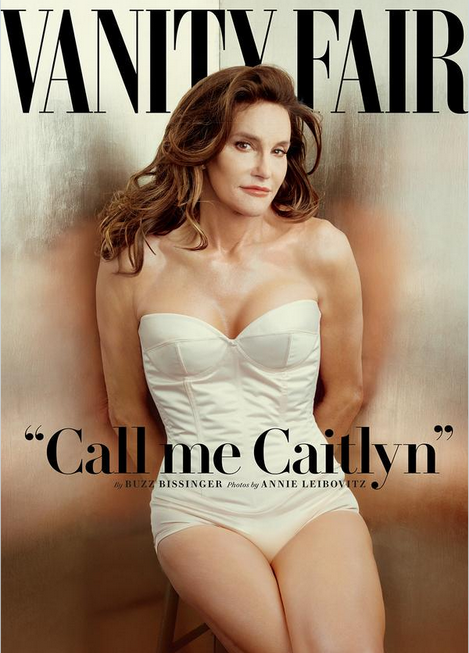 Caitlyn Jenner on the cover of Vanity Fair’s July issue.

Caitlyn Jenner knows how to make an entrance. After months of CIA-level subterfuge and a candid interview with Diane Sawyer when she still identified as “Bruce,” she finally revealed herself yesterday on a stunning Vanity Fair cover. Flawlessly made-up and coiffed and dressed in cream-coloured lingerie that reveals the changes in her body, she looks beautiful and at peace. Out from the shadow of her fame-greedy clan — don’t tell me spelling Caitlyn with “C” wasn’t intentional — she told journalist Buzz Bissinger, “I’m not doing this to be interesting. I’m doing this to live.”

The celebratory response has been moving, demonstrating the ever-increasing social acceptance of gender diversity. Jessica Lange, for one, has called the comparisons between her and Caitlyn “wonderful!” Jenner’s new Twitter account, @Caitlyn_Jenner, broke the record for fastest follower growth (up to one million in four hours and three minutes) besting the recent record of @BarackObama, who graciously tweeted his congrats, anyway. There is even a delightful Twitterbot called @she_not_he that politely corrects those who incorrectly identify Jenner as a he. 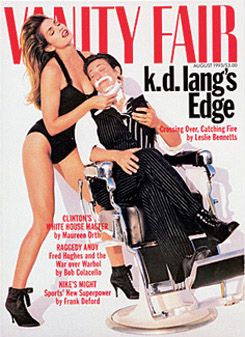 Jenner’s coming out is a first: the first time a gender transition became an international media event — a situation almost unimaginable a decade ago, when transgender issues were mostly invisible outside of the LGBT community (and often misunderstood or neglected within that community, as well). To understand how rapid the culture shift has been, consider how controversial Vanity Fair seemed back in 1993, when newly out lesbian k.d. lang appeared on the cover in an iconic gender-bending image, being shaved by Cindy Crawford.

Throughout the media fanfare and the ugly jokes, Jenner has handled herself with dignity, using her profile to speak honestly about experiences many trans people share, of desperation and loneliness, of feeling like she was living a lie and withholding herself from those she loved. Some details are heartbreaking: like how she kept her hair long and shaggy during her sports career as a man in the 1970s, and often wore women’s underwear beneath her male clothing, to covertly express, in some small way, her true self.

As historic as this moment may be, however, more important ones lie ahead for Jenner as she figures out how to use her remarkable platform. As she has acknowledged, “I’m new to this community,” and that glamorous cover image would not have been possible without the courageous, in-the-trenches advocacy of thousands of non-famous trans people. Jenner promises her upcoming reality show will feature stories of some of them.

Another initiative she might take on is challenging her fellow Republicans on their anti-LGBT policies that have contributed to violence and injustice. One in five transgender people in the U.S., for example, have been homeless due to family rejection and discrimination. Some 40 percent of trans people have attempted suicide — consider the December 2014 death of 17-year-old Leelah Alcorn, who killed herself after her parents sent her for conversion therapy in an attempt to “fix her.” Trans people of colour, in particular, experience much higher rates of HIV and AIDS and extreme poverty than the general U.S. population.

As she navigates the gulf between her glossy life of sleek Annie Leibovitz photo shoots and multi-million dollar TV shows, and the real-life struggles of other trans people, Jenner has a perfect mentor in her heroine Laverne Cox. The Orange in the New Black actress and trans activist wrote on her blog on Monday, “Most trans folks don’t have the privileges Caitlyn and I have now have. It is those trans folks we must continue to lift up…. I hope, as I know Caitlyn does, that the love she is receiving can translate into changing hearts and minds about who all trans people are as well as shifting public policies to fully support the lives and well being of all of us. The struggle continues.”