Texting: The best way to get an honest answer from someone

There are few things worse than feeling you’re not getting the whole truth from someone or that they’re keeping something back or to themselves. It doesn’t matter whether it’s a straightforward question of finance, a basic query about how a person is feeling, or a complex query related to romance — most of us want to feel that we’re getting honest answers. 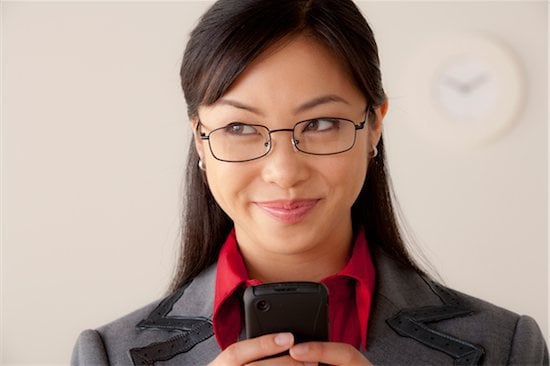 There are few things worse than feeling like you’re not getting the whole truth from someone or that they’re holding something back. It doesn’t matter whether it’s a straightforward question of finance, a basic query about how a person is feeling, or a complex query related to romance — most of us want to feel that we’re getting honest, accurate answers.

So what’s the best way to ensure you’re getting the whole truth and nothing but the truth when you ask your pal if she’s mad at you?

Don’t call and ask her directly. Ask your question by text (via TheDoctorWillSeeYouNow.com). At least that’s the implication of a recent study by researchers in the U.S. that found people are less likely to fib when they’re asked a question over text versus over the phone.

To see if people would offer the same answer to the same question via text as they did when speaking on the phone, researchers enlisted more than 600 iPhone users and then went about asking them a series of fairly straightforward questions related to habit and behaviour. They asked the participants questions as basic as, “In a typical week, about how often do you exercise?” and, “How many songs do you currently have on your iPhone?” In addition to finding a link to truth and texting, the study also indicated that people are more accurate in answering numerical questions via text.

While some might believe that speaking on the phone is a more direct medium from which to mine the truth, the study’s finding suggests the opposite. The researchers hypothesize that the truth-telling aspect of textual communication may have something to do with the amount of time people have to answer when given a question via text versus the split-second decision one has to make in the moment during a live conversation. That extra time to gather one’s thoughts may make all the difference.