Spring means eggs and eggs mean protein-heavy dinner sculptures — or at least they did in the '60s. 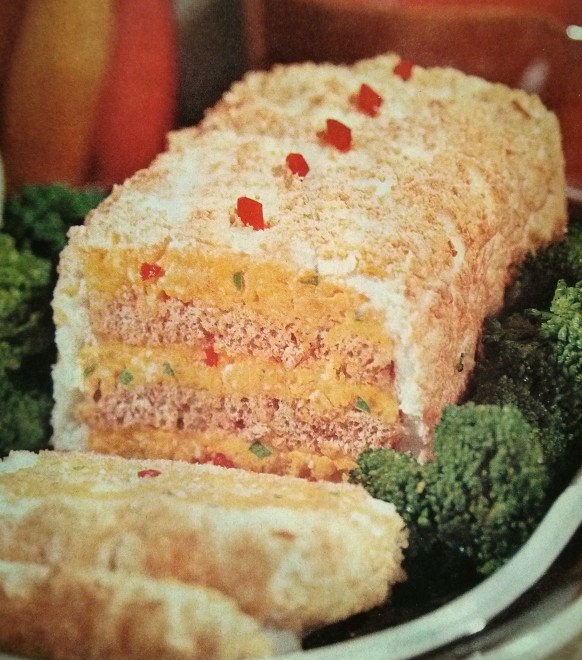 The dish: Hot ribbon egg loaf. (Hear us out.) Potatoes aside, eggs were (and are) the go-to ingredient for “thrifty cooks,” according to Chatelaine Institute Director Collett, who argued that the versatile ingredient could be “herbed to spark appetites, jellied in a salad, or turned into an elegant soufflé.” The 1960s also happened to be a heyday of cheap and cheerful dinners — particularly in loaf form, for whatever reason — so Collett capitalized on the protein-filled trend in her spring egg-recipe roundup, aptly titled “Eggs.” Collett’s recipe called for mashed egg yolks to be mixed with mushroom soup, onion juice and celery salt, then spread between firm, day-old bread slices and stacked sky-high. She also recommended a light sprinkling of Parmesan cheese, chopped pimentos and a side of buttered greens as finishing touches for the eye-catching food-raft. The total cost of building this egg-y marvel? 74 cents.