From nannies to con men, find out what’s coming to a theatre near you 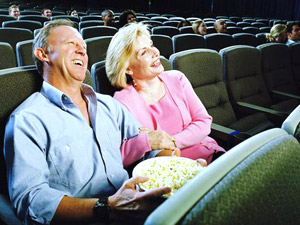 A glammed-down Scarlett Johansson stars in the highly anticipated adaptation of Nicola Kraus and Emma McLaughlin’s best-selling tell-all. Johansson plays a college student employed as a nanny by Mr. and Mrs. X (the always stellar Paul Giamatti and Laura Linney), a pair of dysfunctional yuppies from hell. The book was one of chick lit’s best and, thanks to terrific direction by Shari Springer Berman and Robert Pulcini (American Splendor), the movie is just as addictive.

In the Land of Women

The O.C.‘s Adam Brody plays Carter Webb, an aspiring writer crushed by a break-up with his supermodel girlfriend. Seeking refuge with his loopy grandmother (Olympia Dukakis) in suburban Michigan, he forms an unlikely friendship with a housewife (Meg Ryan) and her teenaged daughter (Kristen Stewart). While the premise seems a little movie-of-the-week, capable first-time director Jon Kasdan has pulled together a cast that’s hard not to love.

Richard Gere plays real-life literary con man Clifford Irving in this new picture by Chocolat director Lasse Hallström. In the ’70s, Irving, a failed novelist, cooked up a bogus biography of billionaire recluse Howard Hughes with the help of his friend Dick Susskind and sold the rights to a publisher for a then unheard-of sum of $1 million. Hallström’s darkly comic critique of Vietnam-era greed and corruption makes James Frey look like an altar boy.