Spicing it up with Bal Arneson

The star of the Food Network show Spice Goddess opens up about arranged marriage, education and her proudest moment 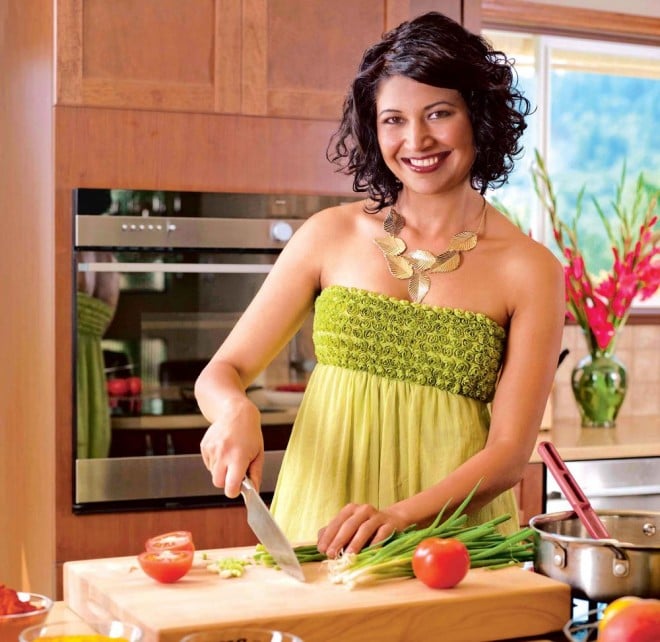 From her earliest days in the tiny Punjabi village of Tibbi, unconventionality has marked Bal Arneson. Today, 18 years after leaving India for an arranged marriage in Canada, and 16 years after fleeing her traditional Vancouver in-laws, Bal is flying high. She’s a cookbook author, National Post food columnist, purveyor of her own line of spices, and now the star of her own Food Network show, Spice Goddess.

As a child, she remembers her mother telling her that a girl’s job was to cook and to be a suitable bride. Bal loved the kitchen: the drying of buffalo dung for the barbecue; the smell of spices; the ritual of making roti. But she also loved playing outside. “In the village,” Bal recalls, “people would say, ‘Girls don’t do that.’ But I knew in my heart I wasn’t being bad — running, climbing trees, dreaming. If you respect your inner voice, it will visit you often. It leads you to who you’re meant to be.” After she was married at age 20 to a Canadian immigrant, also from India, her inner voice told her she was on the wrong path, and Bal left her husband, taking their baby girl with her. Penniless, with no English or job skills, and ostracized by her own family, she started over. Bal cleaned houses, studied English and eventually graduated from university; then she got a master’s degree in education. To pay her student loans, she catered dinners: Beef masala. Papaya chicken. Curried cauliflower with yams. Apple-and-fig chutney. Soon, word got around: Bal could cook.

With a killer smile and in-your-face bravado, Bal convinced a Vancouver publisher that she could write a book on healthy, easy Indian cooking. She had no culinary training — other than those years spent preparing meals in India. “The kitchen in India was the only place I was allowed to have freedom and express myself,” she says. The publisher recognized her talent and ambition. Her 2009 book, Everyday Indian, is a national bestseller, and her second one, Bal’s Quick and Healthy Indian, will be released next spring. Her cooking has a fan base of thousands.

Bal’s daughter, Anoop, is now 17, and their family has expanded. In 2001, Bal married Brad Arneson , now a massage-therapy student , and they have a seven-year-old son, Aaron. In between shows, she also teaches autistic children. She’s found a way to give back to the place that started it all, too. A portion of the proceeds from her spices will be donated to the village of Tibbi to buy school supplies.

My proudest moment was . . . having my daughter see me get a university diploma.

I wake up in the middle of the night thinking about . . . recipes — like what to do with coriander and tuna.

My favourite moment of the day is . . . when I cook with my kids: Aaron chops and Anoop eats.

My guiltiest pleasure is . . . diamonds and chocolates. I love Tiffany & Co. jewellery but don’t own any.

My perfect day would be . . . spending time with my girlfriends — on a patio, by the ocean, drinking martinis.