He can't hold a job, and doesn't seem like he wants to get out of the unemployment line. Is she being taken advantage of? 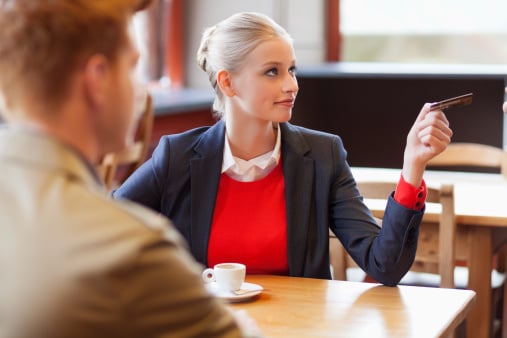 Have you found yourself in an awkward situation? Has someone irked you and you’re not sure how best to proceed? If so, you’re not alone! Every week, we feature a reader-submitted quandary so that you can weigh in with your best advice. What would you do in their situation? If you’d like to submit your own quandary, click here.

My friend started seeing her boyfriend several months ago. At first I really liked him. He was charming, funny and a cool person. But over the last little while, there have been warning signs. I learned that he has never had a job longer than 6 months — ever. He jumps from job to job, and either has been let-go or quits. When they met, he was working as a general maintenance building attendant, but then he got in an argument with his boss, so he quit and is now unemployed again. My friend has a great job, and is a kind and generous person. She often pays for him when they go out together, and because he has no income right now that happens a lot. I told her that he shouldn’t do stuff he can’t afford. But she says that she rather pay for him than miss out on doing the fun things she wants to do, too. At 34 years old, my friend owns her own house and is looking to settle down and start having a family. I think because of the biological clock factor that she may be rushing into things. They are already planning to move in together very soon. I think that once he moves into her house, it’ll be that much harder to break up with him, if it ends up not working out. He’s already joked about wanting to be a stay-at-home dad. I wonder if he’s interested in her or the lifestyle she can afford him. She thinks that he’s just going through a rough patch, and will find a job eventually. How can my friend ensure that he’s not just looking for a sugar momma?

Please comment below and help this reader with your feedback. Note: Check out all the reader comments on our Facebook page (scroll down to July 13th)!