Sampling sobriety: My month without drinking 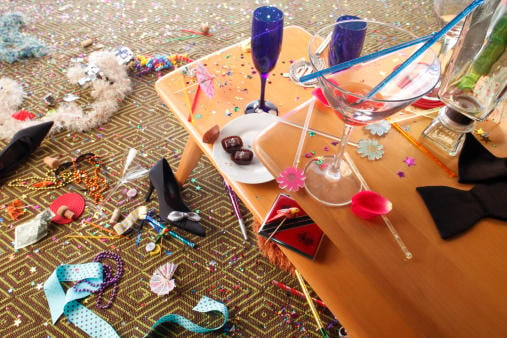 I was talking animatedly, waving around my fourth glass of overpriced wine at the rooftop bar of a snazzy Toronto hotel. This might not sound too reckless, but it was a Monday night, I’d been in bed with the flu not long before, and my drinking buddy was someone I had met only once, in a professional capacity. Add to that the two work deadlines looming the following morning, which I was making it increasingly difficult to meet.

By the time I got home, I’d been out for five hours and spent every penny in my bank account. I woke up at 6 a.m. to a vise-like grip around my chest: guilt, something I’d become quite familiar with since my three-year relationship had recently ended, and I was hitting the bottle harder than usual. This, however, was a new low, and, lying on my bed in floods of tears, my new apartment still filled with moving boxes, I vowed to start a month of not drinking.

I had been toying with the idea of quitting for a while. As someone who often puts away double the recommended healthy limit and as the daughter of an alcoholic, I was aware of how quickly drinking habits can take hold. But the reason I wanted to try giving it up wasn’t fear of becoming an alcoholic. I wanted to see what life would be like without booze, if I could still be fun, maybe even have more fun, sober.

Apparently I was not alone. With phrases like “soberista” and “teetotal twentysomethings” creeping into our consciousness, it’s emerging as a new social trend. The people leading the charge are young: Blake Lively, Peaches Geldof and, more recently, Harry Potter himself, Daniel Radcliffe. And it’s not just young celebs who are choosing to stick to soda — universities are now offering dry residence halls. But what would it be like for me, a 30-year-old social drinker?

I wanted to see how it felt to do all the things I would normally do, just sober. So I signed up for everything. I went to dinners, a movie screening, a dance party, a wedding, even an ugly-sweater singles party — all without any Dutch courage. The first few days were a breeze — the adrenaline boost from doing something different felt good. Obviously I faced resistance from people in the beginning. They asked if I was pregnant and joked their calendars were full for the month. But in the end most people forgot I wasn’t drinking. In fact, most of the time the ‘social experiment’ was easier than I’d expected.

There were, however, some experiences that were real eye-openers. Toward the end of the night at a friend’s wedding, a cute guy I’d been smiling at asked me to slow dance. He was sweet enough, but my sobriety instantly divided us. Like everyone in the room, he was slurring and stank of booze (it really reeks!). I tried to angle my face so that his breath was not flowing directly into my nostrils, but his stunted conversation and wandering hands were too much. The song ended and I told him my feet hurt and left. Had I been under the influence, the situation could have ended in a mismatched hookup.

Make-out opportunities aside, my life was undeniably better for the month I was not drinking. I exercised more, I was less tired, and, thanks to the money I didn’t spend on cocktails, I could indulge in some fabulous shopping (including a pony-skin handbag and second-hand Jimmy Choos). I almost effortlessly went from half a pack of cigarettes a day to two or three and lost five pounds, despite the fact that I replaced the wine bottle I kept on the kitchen counter with a cookie jar.

Since the experiment, I have returned to drinking occasionally but have had much more success at stopping after a glass or two. Socializing sober made me realize who I wanted to spend time with and gave me confidence that I am fun and engaging to be around. I finally unpacked my house, and I’m seeing life as a glass half full, regardless of whether there’s booze in it!