Samantha Bee is about to host an epic Trump roast — could her burns get any hotter?

The first (funny) lady of the Trump resistance is hosting the 'Not the White House Correspondents' Dinner' this weekend.

This Saturday, as a counter-event to the annual White House Correspondents Dinner (which U.S. President Donald Trump has said he will not attend), Full Frontal’s Samantha Bee will host the “Not The White House Correspondents’ Dinner” party, both an actual bash and a TV special where Bee’s signature skewering skills are sure to be at their sharpest (the event will also stream on Twitter at 11 p.m. ET). As a warm-up to what’s bound to be an epic roast, we count down 11 of her best burns on the man she’s called a “screaming carrot demon,” “a sociopathic, 70-year-old toddler” and “a crotch-fondling slab of rancid meatloaf.”

If you don’t fear stairs, germs, or journalists, join us for #NotTheWHCD on 4/29. pic.twitter.com/K7OxYN2x7d

On the unverified (but widely-distributed) dossier claiming that while visiting Russia, Trump paid prostitutes in Russia to urinate on a bed that was once slept in by the Obamas.
Bee’s burn: “Like we’re supposed to believe Trump has started paying people who do work for him?”

10. Feb 1, 2017
On Trump filling his cabinet with unqualified buddies and yes-men.
Bee’s burn: “Remember on Gilmore Girls when Paris Geller staffed the school newspaper with her most loyal friends with no regard for talent level? It’s like that but with the leader of the free world and nukes.” 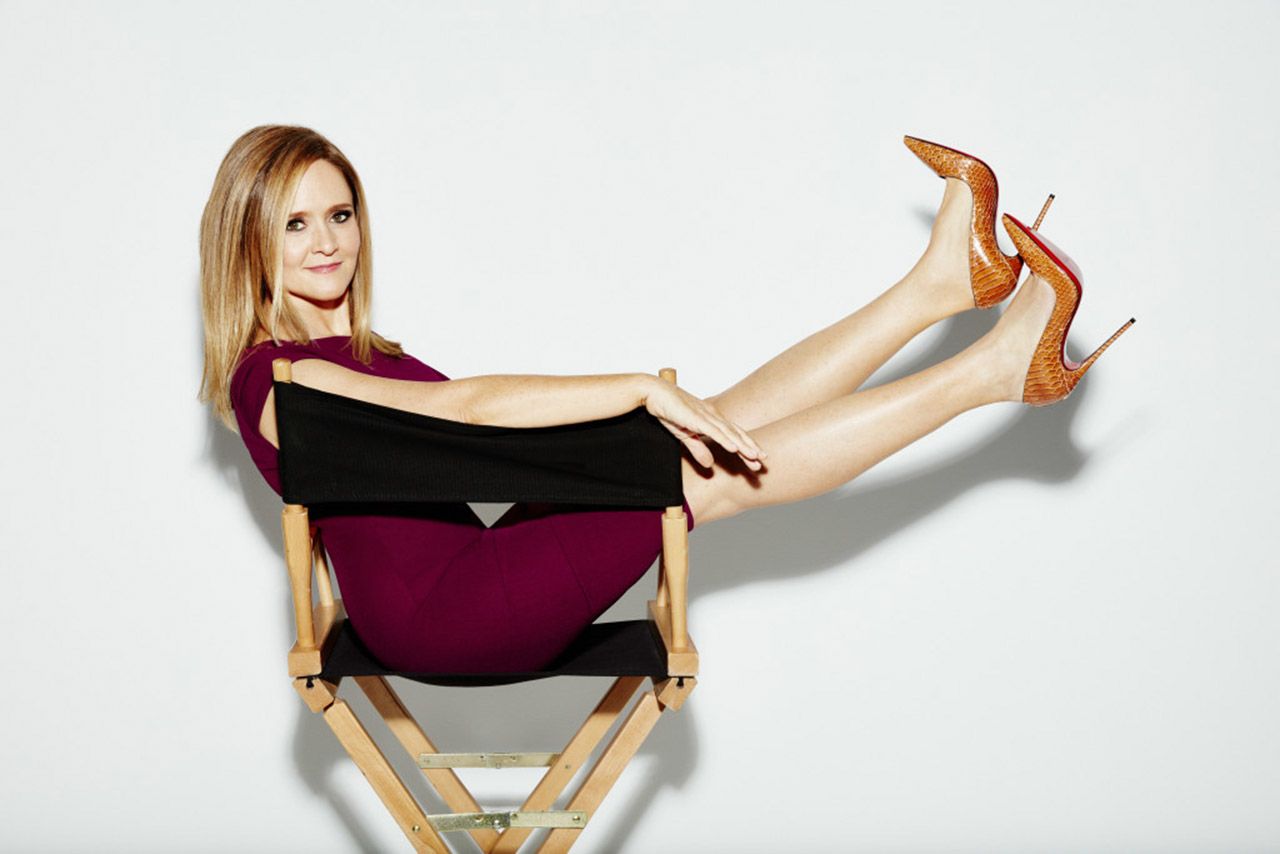 9. September 28, 2016
On the superficial advice that plagued Hillary Clinton.
Bee’s burn: “Be perfect but not too perfect. Save us from fascism but don’t be a bitch about it. No one was suggesting superficial changes for Trump like try wearing a suit that actually fits, or embrace your baldness proudly, or don’t snort your way through the debate like Jean-Pierre’s prized truffle pig.”

7. January 25, 2017.
On Trump’s inauguration.
Bee’s burn: “Friday, the world watched America swear in as its 45th president: the concept of white male mediocrity. Oh yeah, it really happened. Donald Trump laid his little pussy-grabbing paw on top of two more books than he’s ever read in his life and spoke the most solemn vow he’s uttered since his third wedding.”

6. February 1, 2017
On Trump’s suggestion that Senate Democratic Leader Chuck Schumer was a both a wimp and a faker for shedding tears while making a statement condemning Trump’s travel ban.
Bee’s burn: “Oh, what a refreshing rejection of political correctness. The president of the United States is calling the Senate minority leader a lying sissy-boy. I’m sorry, who’s the bigger sissy? The Holocaust victim’s great-grandson who teared up over families being torn apart or the guy who’s afraid to walk down stairs?”

On Trump’s beneficial relationship with [disgraced former Fox News CEO] Rogers Ailes.
Bee’s burn: “Now you might think a nerdlinger lawyer with decades of government experience should have no trouble beating a melting hunk of uninformed apricot Jell-o hoisted on stage by 4chan — well not so fast because Trump has a secret weapon: bloated hate haggis Roger Ailes.”

4. March 8, 2017
On a photo of Trump’s signing bills with an entirely male staff.
Bee’s burn: “The Trump WH is so feminist, EVERY day is Day Without a Woman.”

The Trump WH is so feminist, EVERY day is Day Without a Woman. pic.twitter.com/rYZeYo04kn

3. February 15, 2017
On the newfound vulnerability of the Endangered Species Act under Trump.
Bee’s burn: “For God sake, “animals are awesome” is the only safe topic of conversation most American families have left…Unfortunately the guy who spends his life sealed in a no-pets Isengard in the middle of Manhattan and never wears anything but a suit isn’t what you’d call a nature lover…Trump will sign any animal death warrant the Republican congress puts in front of him as long as it doesn’t threaten the tufted titmouse. He doesn’t know what it is. Don’t tell him.”

2. February 29, 2016
On the candidates remaining in the primary race.
Bee’s burn:“Guys, we have never seen anything like this election, a race between a barely contained cluster of frustration [Clinton], a human Upworthy post [Sanders], the world’s only unlikable Canadian [Cruz], a puppet who finally became a real boy [Rubio] and of course, a tangerine-tinted trash-can fire [guess who?].”