Royal book shopping among my people

When I was a kid, my parents had a lot of books. Most of the "A-list" publications were in bookshelves on the main floor of our house but the odd, orphan publications always found their way to an old, green painted bookshelf in the basement, where they gathered dust with the National Geographics. 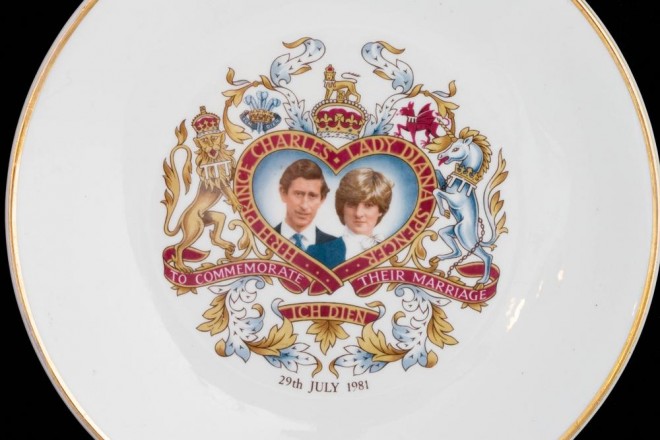 When I was a kid, my parents had a lot of books. Most of the “A-list” publications were in bookshelves on the main floor of our house but the odd, orphan publications always found their way to an old, green painted bookshelf in the basement, where they gathered dust with the National Geographics.

Most of these volumes, like 100 Hilarious Tennis Jokes, held little interest for me, but the tiny section of royal books — mostly gifts that my mother had quickly banished to the basement — I found fascinating. Of course, there was one about the wedding of Charles and Diana, and another dedicated to the Princess of Wales herself. There was also one about Princess Margaret that I was particularly attracted to, mainly because it had a photo of her fabulous beehive on the cover.

I’ve long kept my royal book interest — err — obsession to myself. However, with the recent online launch of The Royal Wedding Bookshop, I feel I can finally reveal my true self — with the knowledge that there are others out there just like me!

Riding the crest of the William and Kate wave, the rudimentary retail site proclaims to have “every available book on the love story of the century, the royal wedding, the royal family, the Queen and William’s mother Princess Diana.” It also promises to donate half of all profits to the Diana Award, which honours the achievements of young people around the world.

Of course, the site has a section of books about William and Kate (I was surprised to find only seven titles dedicated to them specifically), a section on Princess Diana (a not-surprising seventeen titles) and a section on Charles and Camilla that has four individual titles. If the impending royal nuptials have inspired you to take the plunge as well, there is also a section entitled Your Own Wedding, which boasts a whopping 63 titles, including such classics as Wedding Planning for Dummies and The Playboy Guide to Bachelor Parties.

The Royal Wedding Bookshop was founded by Eclector Ltd, which, as far as I can tell, runs a series of specialized online bookstores that give half of all of their profits to various charitable organizations. It only, however, takes a quick look at the About Us of this site to reveal The Royal Wedding Bookshop was actually created by secret royal obsessed (and, slightly bonkers) book readers just like me. The inspiring mission statement proclaims:

“The romance and then the wedding of Kate and William are two bright sparks in an otherwise pretty dismal, cut-laden environment, so a group of us — royalists and romantics — have made this bookshop where you’ll find every book there is about the royal wedding(s) (Zara & Mike too).”