The Toronto Star reporter had a whirlwind of a year. She chats with us about threats, her scariest moment and the infamous video. 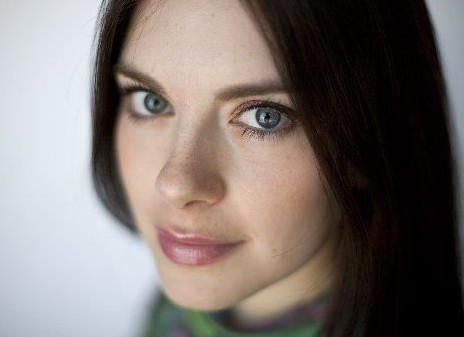 Q: What was it like to be on The Daily Show?
A: I don’t normally get nervous for these types of things – I credit that to my lifetime of being in figure skating competitions – but I’m such a huge fan of The Daily Show that I was much more nervous than I’ve ever been before. At one point when I was in the makeup chair, my teeth actually chattered. But it was good. Walking to The Daily Show desk was like walking onto the ice in a competition.

Q: What’s Jon Stewart like in person?
He was really nice! He has a little dog named Dipper that runs all over backstage. Stewart came into the green room and we chatted for five or 10 minutes – it was really nice to have a chance to see him before walking out there. They don’t give you any hints of what he’s going to ask, which is unlike a lot of the interviews I’ve done. You kind of go in blind; the only advice that the woman at the front gave me was, “Just let Jon tell the jokes.”

Q: When did you know that you had Ford?
A: I would never say that I “had him.” There was never an exact moment. Over the course of 2012 when I was looking into whether the mayor had an issue with substances, I felt very confident that he did and it was impacting his ability to do his work. But it was still a very sensitive topic. There was never an “aha” as much as a slow, evolving investigation until eventually we felt we had enough evidence to print.

Q: What was the scariest moment you had while covering him?
A: When a poll came back and suggested that 45 percent of the city thought the story was a hoax. At the Star we go to such lengths to try to be fair and balanced and do our due diligence, the fact that people could think that a newspaper would conspire to fabricate a story like that just kind of broke my heart. But it was a rallying moment of, okay, we have more work to do then, we have to help people understand.

Q: Did you ever have doubts about the video?
A: Oh no, not at all. I really do hope this comes out in the court process, and when everyone sees it they’ll understand why we were so definitive. There’s no debate – it’s a high-definition iPhone video shot in the sunlight.

Q: Were you ever frightened on a personal level?
A: People often ask me if I fear for my safety, and it’s a tricky question to answer. On one hand I don’t want to say no, not at all, because I’m not flippant about my personal safety. But I have a really supportive newspaper, a really supportive book publisher and really supportive friends. And I think that the work is the best defence.

Q: But you did get some threats, right?
A: Yes, there was one incident when someone called and said that they were going to rape me, and that was the most upsetting moment. I’d had lots of threats before, but usually people want to fight with you. They call you in the middle of the night and they want to say something that upsets you and you say something back and it continues on down that road. But this person immediately hung up the phone afterwards. The fact that they didn’t want to engage me in a fight at all, that they seemed content to leave me unsettled, was the most worrisome bit.

Q: Rob Ford’s approval rating is currently around 47 percent. Are you surprised?
A: I’m not surprised. But just because his approval rating is 47 percent doesn’t mean that come the next election he’ll definitely win. That said, I completely disagree with anyone who says it’s impossible for Ford to win. In a crowded field, if he can keep his act together, I think people would really get onboard with a redemption story. If the Rob Ford from 2010 magically reappeared, he could win.

Q: Could you see yourself writing another book?
A: Yes, if the right topic came along. I’d probably give myself a little more time because this one was on a very tight deadline – I didn’t really wash my hair for three months. I basically just got up and wrote and then went to bed every single day, all day. I didn’t see any of my friends or leave the house much. But it’s nice to get the chance to really sink your teeth into a topic.