Remembering 9/11: Roundup of the most affecting images

It has been ten years since a coordinated terrorist attack using commercial airliners as improvised bombs took down the World Trade Center towers in downtown Manhattan, breached the security of the Pentagon in Washington, and brought United Airlines Flight 93 crashing down into a field in Pennsylvania. 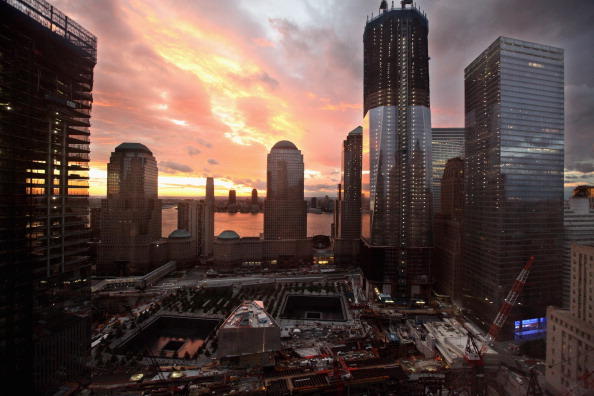 This Sunday it will have been ten years since a coordinated terrorist attack using four commercial airliners as improvised bombs took down the World Trade Center towers in downtown Manhattan, breached the security of the Pentagon in Washington, and brought United Airlines Flight 93 crashing down into a field in Pennsylvania.

Nearly 3,000 people were killed on September 11, 2001, including hundreds of rescue workers—the largest loss of rescue personnel in American history.

From the great and needless suffering of 9/11, however, has come an archive of thought-provoking and heartbreaking cultural material.

To commemorate the lives lost on September 11, here is a short roundup of some of the most remarkable and affecting artifacts, accounts and remembrances currently available online of that terrible day and its aftermath.

Life magazine has assembled a collection of some of the most dramatic images captured that day by both professional and amateur photographers. See it here.

New York magazine has tackled the enormity of the event by creating its own A-Z Encyclopedia—a kind of scrapbook of impressions, key words and definitive moments that organize the event and its aftermath. The site includes images, Missing Persons posters, articles and interviews. See it here.

Esquire has posted excerpts from 38 stories related to 9/11 published in the magazine over the past decade, including Falling Man by Tom Junod. See the compilation here.

The National 9/11 Memorial in Manhattan doesn’t officially open until September 12, 2011 (a private service is being held on September 11th for family of those lost). But you can make a virtual visit here (you need to download Google Earth).

The site, located in the space where the World Trade Towers once stood, features twin reflecting pools, the names of every person who died inscribed in bronze panels, and the largest man-made waterfalls in North America.

Immediately following the attacks the NY Times began covering the lives of the many victims. Portraits of Grief, an interactive feature, represents that effort and brings the dead to life through pictures and family interviews. The paper has recently updated some of the information in honour of the anniversary. See Portraits of Grief.

The newspaper’s website also has a comprehensive archive of articles and opinion pieces concerning the event. View it here.

For a visual check-in on how the September 11th story has been told on the covers of magazines, see the Society of Publication Designers’ three-part collection of 9/11 magazine covers on its blog.

Where were you when it happened?

The New Yorker asks this question of some of its most thoughtful contributors, including Susan Orlean who was planning her wedding for that Saturday (it had to be postponed). See it here.