The world's most famous stock photo model is a mysterious Canadian

Rebecca Givens has launched memes, appeared in ads around the globe and perfected the toothy grin. She just doesn't want to talk about it. 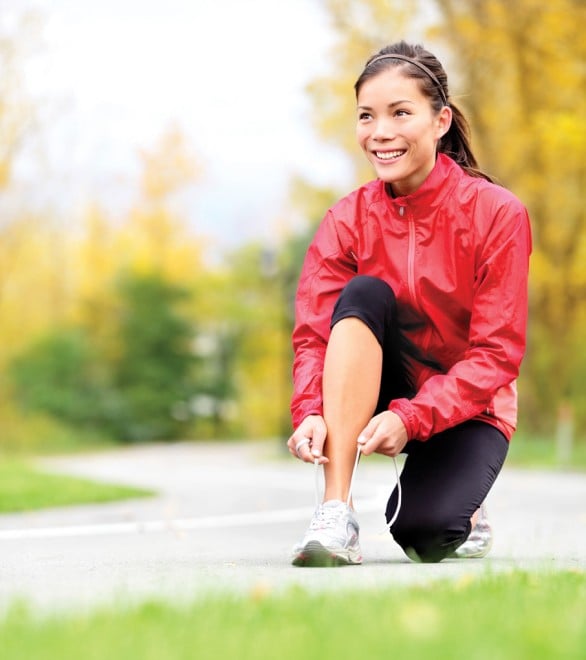 What’s it like to be the most famous stock photography model in the world? It’s hard to say. The title belongs to Rebecca Givens, a Canadian woman whose face you’re probably already familiar with. You’ve seen it in ads, on websites and in publications across the world. Givens shows up in so many weird and wonderful places that spotting her has become something of an Internet meme. There are two Tumblrs devoted to Givens sightings (The Overexposed Model and I Am That Asian Stock Photo Girl), a Facebook fan page and one really weird Youtube musical tribute.

Givens is notoriously press-shy, and until very recently was known by only her middle name, Ariane. That changed with the launch of her blog, Radiant Peach, and a Q&A with Top Model Advice, her first interview since talking to Esquire in 2012. She declined to speak to Chatelaine this week, so much about Givens and her work remains a mystery. But here’s what we do know. 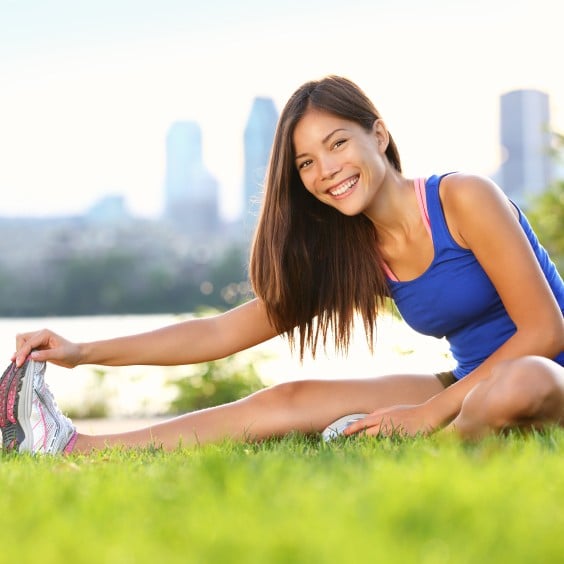 1. Givens tributes her success to her look.

“I think I’m popular because I have a friendly, non-intimidating, approachable and racially ambiguous look,” she told Top Model Advice. “I’m the perfect model for any company that wants to appeal to all races.” Givens’s mother is Chinese and her father is French-Canadian.

Givens started shooting stock photos in 2005. By 2012, she was appearing in 200 new stock photo images a month. Today, her entire life is one big stock photo shoot. “I’m being photographed when I do mostly everything, it feels like. Some days I think I’m on a photographic reality show,” she told TMA.

3. But she doesn’t want to talk about it.

She told TMA that she was unhappy with how she was portrayed in her first interview (perhaps it was the 2012 Esquire story) and has stayed away from the press ever since. A stock model should be seen and not heard, apparently.

4. She prefers being a stock model to fashion modelling work.

While pursuing a law degree, Givens picked did modelling in editorials for magazines such as Cosmopolitan and Marie-Claire China. Once she started stock shoots, she liked them better. “It was always serious, no smiles, when me, I like to smile so much!” she told Esquire.

5. Speaking of smiles, her Blue Steel is the toothy grin.

Or maybe the mouth-wide-open smile. Or maybe it’s smiling with salad — she’s been featured on the Tumblr Women Laughing Alone with Salad on more than one occasion.

6. She likes spotting her face in different places, too.

When you’re a stock model, your likeness can appear pretty much anywhere, and Givens likes to see where hers ends up. “I was in Times Square yesterday and I saw myself on a giant screen, then I was flipping through Natural Health magazine and saw myself in an ad for a wellness retreat. I love it,” she told TMA.

7. Her images are so ubiquitous we’ve even used them a bunch of times — especially for health and fitness stories.

More:
10 things that undermine men as much as Ghostbusters
The world’s best chocolate comes from … Canada?!
10 women reveal their grooming habits — down there