When Lora Grady saw Maryanne Epp busking outside a grocery store, she walked past her thinking next time she would donate. Then she gave it a second thought and turned around. 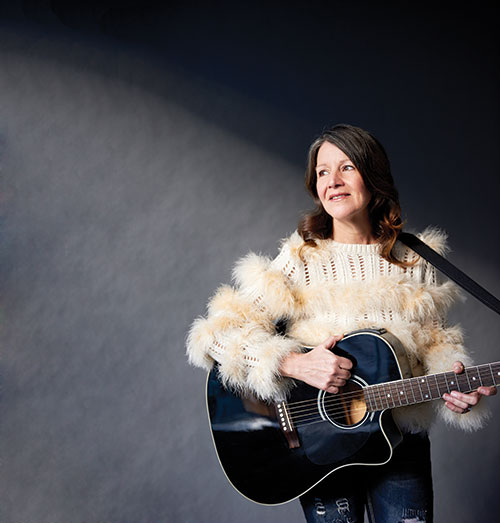 On my way home from work one night I passed a woman singing outside a grocery store in downtown Toronto. There was a small white board on the ground by her feet. It was a grocery list, about seven items long, that included bread, cereal, butter, meat and, in brackets, along with a smiley face, brownie mix. I glanced at the bag next to her and figured someone had already donated, so I listened for a bit, then walked past her into the store.

She was still strumming away when I came back out. Her voice was sweet and gritty, and it made me stop again. I smiled at her, then looked down to see that the only thing in her bag was a loaf of bread. As I walked away, the guilt set in: What if no one else donated anything? Surely someone will. Next time I’ll help, I thought. But as I reached the edge of the parking lot, my heart started pounding and I slowed down. Not next time. This time.

With purpose, I walked back into the grocery store. I’d planned on getting just the butter, but then I grabbed a basket and tossed in some stir-fry beef. By the time I made it to the dairy aisle, every item I’d memorized from her list was in my basket, along with a bag of chocolates and a $10 gift card just in case (the brownie mix called for vegetable oil and that wasn’t on her list).

I went outside and placed all three bags of groceries at the woman’s feet. She smiled at me, then looked down, and her eyes filled with tears. “Oh my God,” she said. My own eyes welled up as I told her, “I think you’re covered for tonight.” She bent over slightly to see what was in the bags. “You even got the brownie mix!” I wanted to tell her I was a fellow chocolate lover and crack a few jokes, but I couldn’t muster up anything other than “You have such a beautiful voice.”

Singing for spare change isn’t the life Maryanne envisioned. She grew up in a loving family in Kitchener, Ont. Her father was a Ukrainian-born German-speaking POW, and her mother was Irish. “My mother taught my father English,” Maryanne says. “The only word she couldn’t teach him was clothes, which he always pronounced ‘clozies.’ They came here because they thought it was the best country in the world. We didn’t have pictures on our walls — we had the Canadian Bill of Rights instead.”

Musical from a young age, Maryanne was six when she sang publicly for the first time. She even won a gold medal in the Kitchener-Waterloo Kiwanis Music Festival in the early 1960s. Her dream was to perform in Nashville. “My idol has always been Joni Mitchell. She was such a breath of fresh air with her birdlike voice.”

But her musical ambitions were derailed when she was sexually abused at a young age. “I always want to tell women, ‘If you’ve experienced any form of sexual abuse, deal with it when you’re younger. Don’t wait as long as I did.’” Maryanne waited; it led to a failed marriage, lost jobs, addiction issues and eventually a life on the street. “Part of me is still that little girl, afraid to trust people.”

Now 56, Maryanne spends her time busking in Toronto’s subway stations and on the street. “Different stations have different acoustics,” she says. “I like singing at Sheppard and Yonge, which has a nice low ceiling. At Queen’s Park station there’s an area that’s almost like an amphitheatre.”

Most of all she loves playing at grocery stores, because people are kinder there. “In the stations kids kick my guitar case, try to walk into me or talk loudly over me. I just can’t believe people actually behave that way.”

The hardest part for Maryanne, though, hasn’t been living in shelters or even putting up with abuse from passersby. It’s learning how to accept help. “I’ve had to swallow my pride and let people do things for me; I’m not good at that but I’m learning.”

That night at the grocery store, Maryanne stood up and hugged me and said that she couldn’t let me go without giving me something in return. She pulled a CD from her guitar case — it was a disc of her music. I thanked her as I tucked it into my purse and turned around to walk home. As I waved goodbye, she called out, “Your mother did a good job on you!”

When I got home, I popped the CD into my laptop. The song that began to play went like this: “Precious girl, the world is not a perfect place / Precious girl, you make it better, show your face / Those messages are wrong / You can be very strong / Precious girl.”

“I had an album prepared before the bottom fell out of my life, and the first song on it was ‘Precious Girl,’ ” says Maryanne. “It was about everything I’d seen. I had been a speaker at AA meetings, and anyone I’d talked to in that community had experienced some form of abuse. The song was for all of us. It was for me too. I never had an adult put an arm around me and say, ‘You know what? You’re going to be okay.’ I had to learn to do that for myself.” 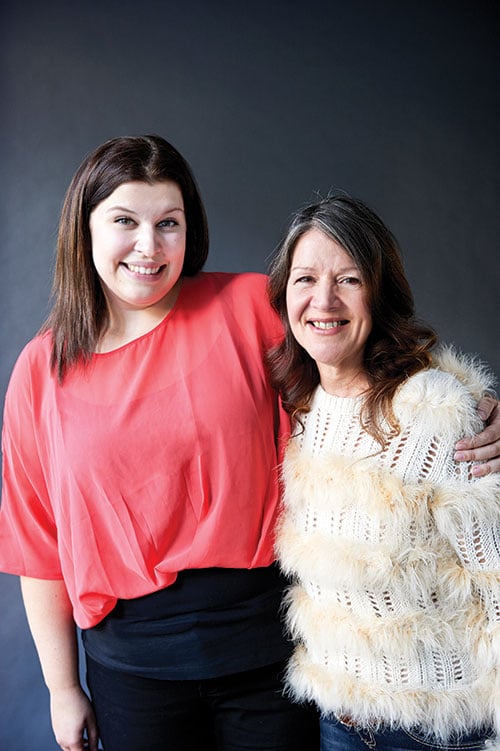 Contest! This month, in support of the Canadian Women’s Foundation we’re kicking off our second annual KindCycle campaign. It’s about boosting happiness through random acts of kindness and doing it for an important cause: to help move women and girls across Canada out of violence, out of poverty and into confidence. Get the details here.