How this violinist helps people in need

Classically trained Kiki Dubé has played violin in packed concert halls. But her greatest rewards come from helping others 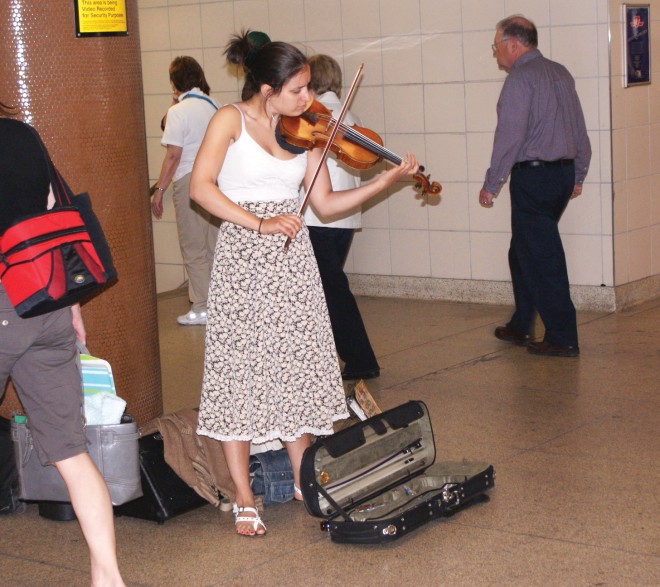 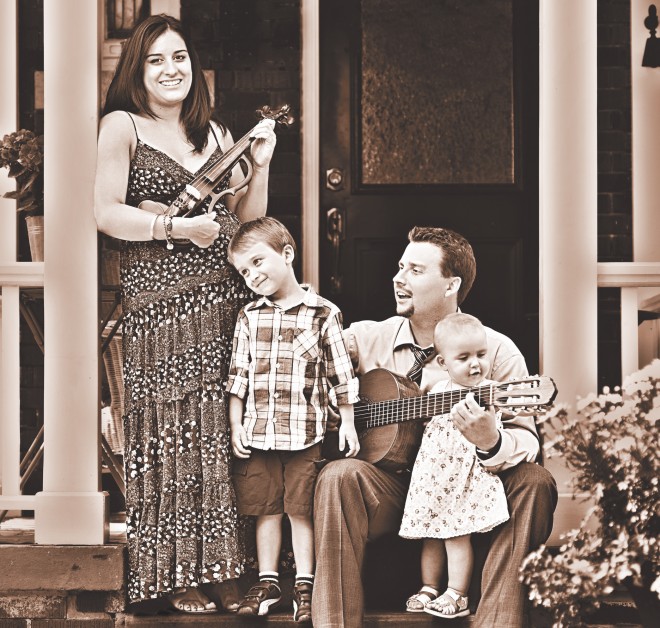 On a brisk February evening, in a crowd of people scrambling to a basketball game at the Air Canada Centre in Toronto, I noticed a young woman expertly playing a familiar classical concerto on the violin. The sign in front of her read, “Just had baby #2, graduated from the University of Toronto and got into OISE [University of Toronto Teachers’ College]. Please help children’s violin instructor pay for one last year of university.” When I saw her again at the hockey game the following week, my music writer’s curiosity kicked in, and I handed her my card.

Her name is Kiki Dubé. (Kiki is the nickname she got when her sister tried to say her real name, Kristen.) Kiki was born in Vancouver to a Trinidadian father and a Norwegian mother, who saw promise in their child when she started playing the violin at the age of three. They enrolled her at the Royal Conservatory of Music, where she studied under instructor Clara Schranz-Odynski, who founded the Toronto Children’s Institute for Music and the Arts (TCI).

By the time she was 13, Kiki was singing, playing guitar and piano, and teaching violin classes for TCI. When she was 15, she decided she wanted to practice playing in front of a crowd and began busking. She was able to turn the change she earned into her tuition for a degree from U of T.

At first Kiki thought she wanted to play in an orchestra, but when she was in grade 8 she volunteered with veterans at Sunnybrook Hospital in Toronto. She was paired with a man in a wheelchair who had served in both world wars. He had been committed to hospital against his will. The once formidable soldier was no barely understandable and unwilling to participate in activities. He was visibly unhappy. Their only connection was that he has played violin during the wars.

The 13-year-old girl played for him and, not knowing what else to do, kept on playing even though he completely ignored her. On her next visit, she did the same as he stared, emotionless, out the window. Week after week, Kiki continued her private symphonies, until she eventually witnessed a sign. “I looked over and he had a single tear rolling down his cheek,” says Kiki.

On subsequent visits, she would be greeted with a smile, and the staff informed her that he had begun interacting with others. She took him for walks; he shared his photo albums. Her visits continued until after school that year. Upon his death, Kiki discovered he had wanted her to play at his funeral, but by the time the staff were able to contact her, it was too late. She was devastated.

“It took me a while to realize that the gift I gave him, I could give to others —and it wasn’t going to be achieved in a concert hall,” says Kiki. She has been a soloist in her share of big venues, from Toronto’s Roy Thomson Hall to the Air Canada Centre, where she frequently opens for the Raptors.

While teaching children, she realized she wanted to find that connection by pursuing music therapy for kids. She listened to their struggles with peer groups, bullying and adolescent angst and was amazed by music’s power to build their trust and confidence. “People would tell me I was talented,” Kiki says, “and I would tell them it’s not just talent; violin is like anything else. It requires daily practice. I try to help my students understand that to master anything, you must push yourself, and at some point everyone will want you to quit.”

Kiki got a BA in music, psychology and political science. In between she fell in love and had two kids; the most recent one came with six weeks left in the school semester. Somehow, despite the juggle, she got straight As.

“Love and dedication equal success,” she remarks. “It’s better to live your passion than to trade it for an uninspired paycheque. Happiness is the goal.”