When she isn’t belting out tunes or racking up Grammys (14 and counting!), Alicia Keys devotes her voice to making the world a better place. 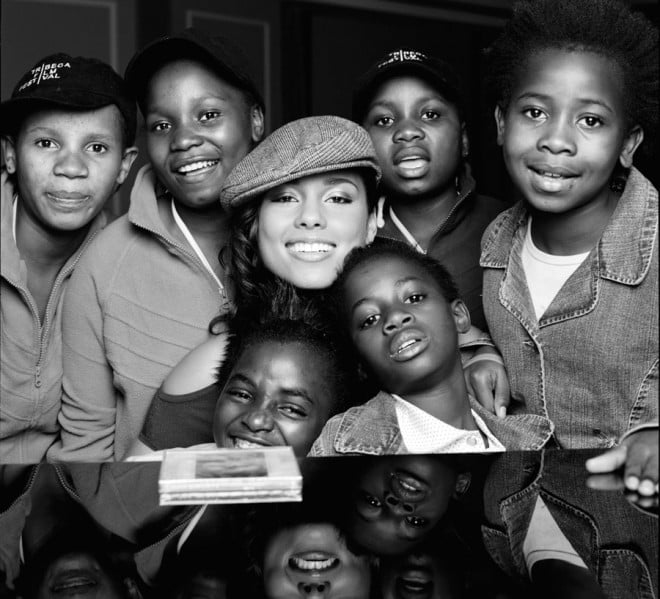 On her passion for music
Alicia Keys got her first piano when she was just seven years old and living with her mom on Manhattan’s West Side. Incredibly, after all her success, it’s still the only piano she owns. “It’s very nostalgic for me,” she’s said. And it must be good luck. Her most recent album, Girl on Fire, was her fifth to be ranked number 1 on the Billboard 200 chart. It’s also up for Best R & B Album at this year’s Grammys. (Mark your calendars to tune in on Sunday, January 26, 8 p.m., on Citytv, or visit grammys.ca.)

On being a celeb mom
Alicia and her husband, hip hop producer Swizz Beatz, welcomed their son, Egypt, to the world in 2010. The three-year-old has apparently inherited his parents’ musical talents. “Egypt loves the piano, and he plays very well,” she’s said. “He holds his hands the right way, and he’s kind of good. I’m just saying…”

Will there be another musical force in the family?
Quite possibly. Play dates with Blue Ivy, Beyoncé and Jay Z’s daughter, are already taking place in the recording studio.

On making movies
Alicia made her directorial debut with a short film for Lifetime’s anthology Five, a collection of stories about the impact of breast cancer on people’s lives. It earned her a Directors Guild of America nomination and praise from critics.

On work-life balance
“Fitting it all in is definitely challenging, but when you’re passionate and love what you do, it’s possible,” she says. How does she pull it off? “I’m a scheduling monster!”

Alicia Gives Back
Inspired by a trip she took to South Africa, Alicia Keys co-founded the non-profit organization Keep a Child Alive in 2003. It works to provide treatment, food, orphan care and, ultimately, a future for those affected by HIV/AIDS in Kenya, Rwanda, South Africa, Uganda and India. “I first met some of these kids [when] I was 20, and they were 18, 17, 16. They were watching their parents die because they didn’t have access to medicine that would keep them alive,” she says.

Keep a Child Alive celebrated its 10th anniversary in November with its annual Black Ball — an event that has raised $22.5 million since 2004. This year, Alicia has partnered with Kiehl’s to release a special edition of its Midnight Recovery Concentrate, a powerful serum of tried-and-true botanical extracts formulated to boost skin’s natural repair cycle overnight. All proceeds up to $200,000 go to Keep a Child Alive. The purchase of just one of these little blue bottles provides one month of HIV care and medicine to a child living with HIV/AIDS. How good is that?