Diary of a househusband

More men are rolling up their sleeves and pitching in when it comes to taking full-time care of the house and kids. 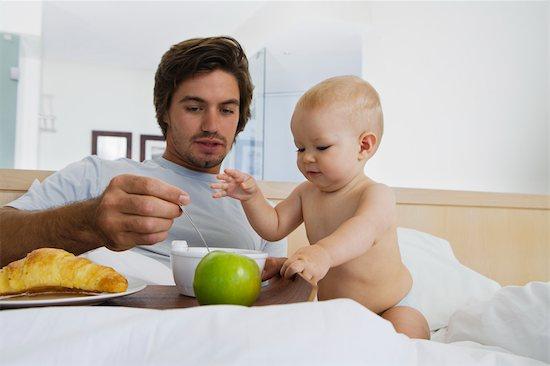 More men are rolling up their sleeves and pitching in when it comes to taking full-time care of the house and kids. It’s a shift in traditional gender roles that allows women to work out of the house minus the worry about what’s for dinner and who’s going to pick the kids up after school, but also gives men a chance to opt out of the rat race and sink their teeth into the salty-sweet biscuit that is domestic drudgery.

Just how many dads are playing June Cleaver right now? More than you might think. According to a recent article in the Globe and Mail, stay-at-home-dads are steadily increasing in numbers. Currently, Statistics Canada claims there are about 60,000 stay-at-home dads in Canada—a number that has nearly tripled in the past three decades.

The reasons for this increase are variable, with some attributing it to the fact that many middle-aged men lost their jobs in the wake of the recession.

What are these Mr. Mom’s doing at home? And is there anything they’re doing differently that could possibly justify the long-held belief that women are better suited to taking care of hearth and home?
After reading the diary of a househusband in The Telegraph this morning, I have to say it seems that men who choose to stay at home have more in common with their female counterparts than many might assume.  The diary’s writer, James Leith, has been a househusband since 1994 and his purview includes the care and maintenance of “four children, a large dog, two cats and a cockatiel.”
It’s not glamorous and neither is it entirely rewarding. But it is busy, and entirely necessary for two people who want to care for and maintain four kids, a dog, two cats and a cockatiel minus a nanny, maid and dog walker.

Leith’s day starts at 6.30 a.m. and ends at 10 p.m. Within those roughly 16 hours he’s feeding, coaxing, coddling, running errands, driving and cleaning—this guy is doing a lot of cleaning. One thing he doesn’t have time for: himself.

Any of this ringing any bells?

What’s most interesting about the piece is how familiar it sounds to so many women. James’ diary could accurately describe the day as it’s experienced by millions of women around the world. If you changed his name to Jennifer Leith and submitted the article without a single alteration no one would be the wiser.
FILED UNDER: Career advice chatelaine-daily cleaning Flannery Dean kids