Why 2017 may be the year people actually quit social media

Writer and troll-fighter Lindy West recently announced she's leaving Twitter. After a politically fraught 2016, it's time we all take control of our online lives. 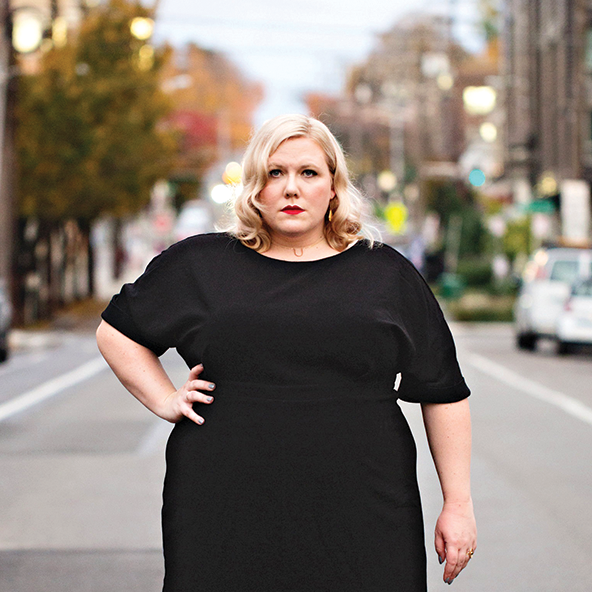 For those of you high on 2017 resolutions — banishing carbs or sharpening your Spanish or meditating on whether your impulse-buy high-waisted jeans spark joy — here’s a statistic to consider: more people want to quit social media than quit smoking, according to recent survey.

Social media offers incredible gifts, to be sure, such as a voice for people lacking official media channels; the instant ability to share a joke or a political opinion; and an addictive hit of virtual companionship.

But it’s also a toxic swamp. Facebook is larded with annoying ads and fake news, and Twitter is full of hateful homophobic, sexist, racist rotten eggs. (Instagram may be the only happy place left on the Internet, with its relentlessly cheerful #celebsquads, and still-lifes of airplane wings, brunches and feet.)

Evidence is mounting that too much social media use can hurt your career, wreak havoc on your mental health, and steal time from other pursuits. Over the holidays, people started posting farewell notes on Facebook, saying goodbye to social media along with 2016, a year nearly universally acknowledged as The Worst. (A friend of mine included a picture of a piano, explaining that she’ll be expending more of her energy on this sort of keyboard in 2017 than on the one on her laptop.)

Related: Lindy West on how to be a vibrant, happy fat woman

Perhaps the highest profile quitter is feminist writer, Twitter superstar and noted troll-fighter Lindy West, who wrote in a Guardian column that, effective immediately, she’s taking a hiatus. West’s ultimate frustration is not the tonnage of threats and insults she receives on the regular.

Rather, she argues, it’s that Twitter abuse has become so normal it has begun to muddy “long-held cultural givens such as ‘racism is bad’ and ‘sexual assault is bad’ and ‘lying is bad’ and ‘authoritarianism is bad’, and ultimately greasing the wheels for Donald Trump’s ascendance to the U.S. presidency.”

People have been resolving to quit social media since its inception — but this time the threats feel like they’ll gather into a real movement. That toxic swamp, particularly Twitter, has become nearly impossible to swim in if you are a woman, or gay, or Muslim, or Jewish, or Black, or an immigrant, or belong to any marginalized group.

It’s also become an arena where white nationalists and members of other hateful fringe movements can build their audiences and become mainstream. That’s what happened to Milo Yiannopoulos, an ultra-conservative and racist media troll who harassed SNL comedian Leslie Jones. After many, many complaints, Twitter finally banned him, but he’d already amassed a following large enough to land him a $250,000 book deal.

As a user who brings thousands of followers to the platform, West says that continuing to engage on Twitter feels like tacit approval of this “profoundly broken culture.” Her resolution is an excellent reminder that we have more power than we think over the devices and platforms that seem to rule our lives. They should work for us, not the other way around.

Nor is social media the only place where we can engage in political conversations and actions. It turns out, for instance, that an old-fashioned phone call to an elected representative carries greater weight than a tweet. Earlier this week in the U.S., a barrage of calls from angry constituents caused Republican legislators to back away from gutting the ethics committee that polices politicians’ transgressions. Score one for old-fashioned activism.

A full-on Twitter or Facebook fast isn’t for everyone, but there are still ways to use social media mindfully and positively. In 2013, tech writer and activist Anil Dash resolved to only retweet women. Recognizing how much space men take up on social media, he aimed to be more thoughtful, he said, about “what messages I choose to share and amplify, and whose voices and identities I strive to bring to a broader audience.”   It was a brilliant exercise that revealed that, to a degree, social media is what you make it: It can be a space for positivity, encouragement, support, education and connection, or it can be a gross pit of bigotry, snark and envy.

Whether your approach to New Year’s resolutions is cold turkey abstinence or temperate moderation, taking back control from Twitter and Facebook is smart one to make for 2017. What ideas and people do you want to promote and amplify? What’s the tone you want to set and support online? And how can you make social media more productive and humane in the months to come?

More:
Reached our breaking point: What we can do to make bars safer for women
What it feels like to be panicked all the time
Three babies, three doorsteps: Cracking a 40-year-old mystery