This week's pick: H is for Hawk by Helen Macdonald

Food, music and conversation to pair with this critically acclaimed memoir about grief and falconry. 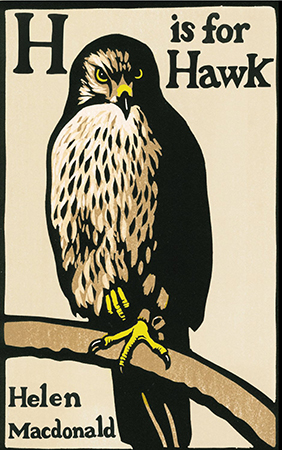 After the sudden death of her father, British historian Helen Macdonald purchases Mabel, a goshawk, and reconnects with her childhood love of falconry. The book is one part nature writing, one part memoir and one part biography of T.H. White, the 1930s writer and hawk trainer, whose four-part Arthurian series The Once and Future King, is the inspiration for the Camelot musical and film. H is for Hawk has been a critical hit, thanks to the unique melding of these three widely different genres. Macdonald explained it this way to the London Review of Books: “I tried to break those familiar forms, complicate them, make them talk to each other. Partly this was to mimic the ways in which grief shatters narratives.”

1. How does the taming of Mabel mirror Helen’s own journey of healing and self-discovery?

2. In what way does H is for Hawk differentiate itself from other noted memoirs about grief, works of nature writing and biographies?

3. What new passions or obsessions have you delved into after experiencing a great loss?

Macdonald’s father, Alisdair Macdonald (known as Ali Mac), was a British photojournalist, who took the famous photo of Charles and Diana kissing on the Buckingham Palace balcony after their wedding. H is for Hawk won both the Costa Book of the Year award and the Samuel Johnson Prize in 2014.

More Pocket Book Club picks:
The Girl on The Train by Paula Hawkins