Grab some friends, Lorelai–size coffees (or something stronger) and settle in with Netflix's new four-part special. 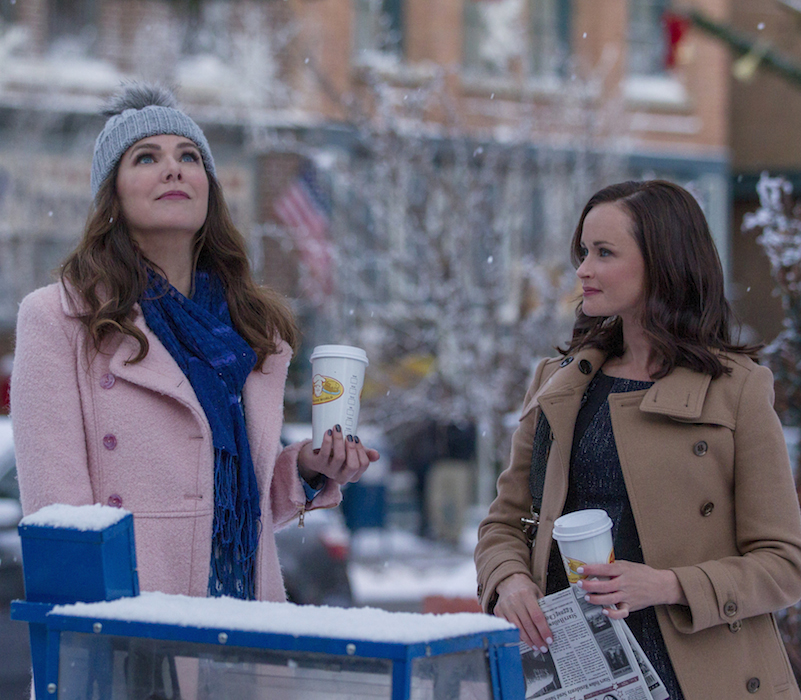 It’s been almost ten years since the Gilmores were last seen strolling through Stars Hollow — arms entwined, coffees in hand, twee scarves flapping in the wind. After seven seasons and so much mother-daughter drama, the show ended, leaving fans struggling for closure: Would Rory become the cracker jack journalist she always dreamed of being? Would Lorelai and Luke ever lose the brother-sister vibe? Would Emily ever find a competent maid?

News that the (best) series (ever) would be returning as a four-part Netflix special sent fans into fits of Gilmorian glee (Oy with the poodles already!). In advance of the big premier on November 25th, we present Chatelaine’s official Gilmore Girls Drinking Game, which can be played with coffee (because there is no such thing as over-caffeination in the GG universe), or something stronger. Just remember to sip responsibly, lest you wind up belting Dolly Parton in a karaoke bar or delivering the world’s most embarrassing speech at your daughter’s best friend’s wedding.

Take a sip every time…