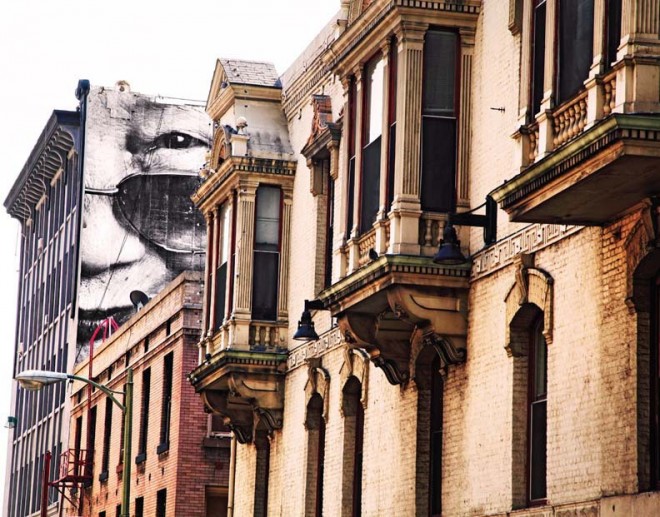 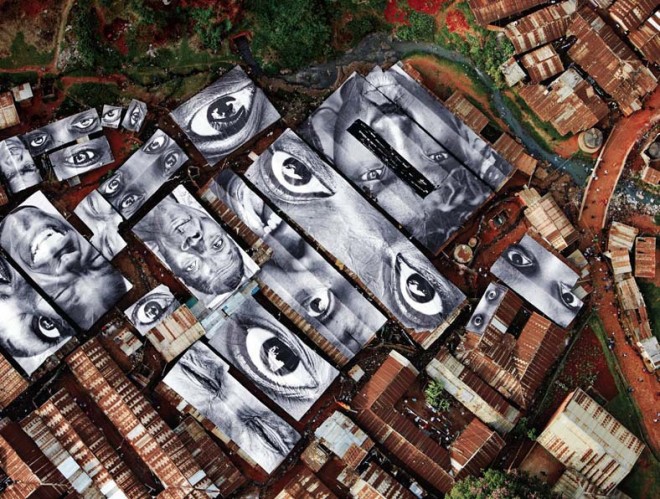 At 15, the artist known only as JR spent his time spray-painting across Paris. Then he found a camera on the subway and started taking photos instead. Today, at 29, he’s becoming one of the world’s most renowned street artists, blowing up images of people’s faces and pasting them on risky structures like train roofs and dilapidated buildings.

When it comes to turning the spotlight on himself, however, JR is less forthcoming. Like graffiti maverick Banksy, he’s maintaining mystery through anonymity, but he does have PR people and they revealed this: “JR does not publicize personal information.”

The project he’s best known for is Women Are Heroes, a huge undertaking that took him to Brazil, India, Cambodia and Kenya. In the latter, JR covered 2,000 square metres of rooftops with penetrating photographs of women’s eyes—all of them belonging to those living in the houses underneath. Even better: He printed them on waterproof tarps to offer extra protection from the elements. JR’s goal was to highlight that poor neighbourhoods are often held together by mothers, sisters, daughters and wives. The project was documented in a book and a film shown at Cannes in 2010.

Black-and-white portraits of elderly people are the focus of his most recent work, The Wrinkles of the City. He posted them on decaying buildings in Shanghai, Los Angeles and Cartagena, Spain. JR’s motivation: When an old building is knocked down or an industrial zone gets gentrified, memories and stories also die. Last year, after winning the $100,000 TED Prize, JR worked on a new initiative. For Inside Out, regular people around the world create their own portrait-based street art to inject humanity back into all urban landscapes and “turn the world inside out.”