Dogs are not children, judge insists. Here are 6 products that suggest otherwise

So you may not be able to get legal custody of your pooch. There are plenty of trends that show that many people do think of pets and kids as equal. 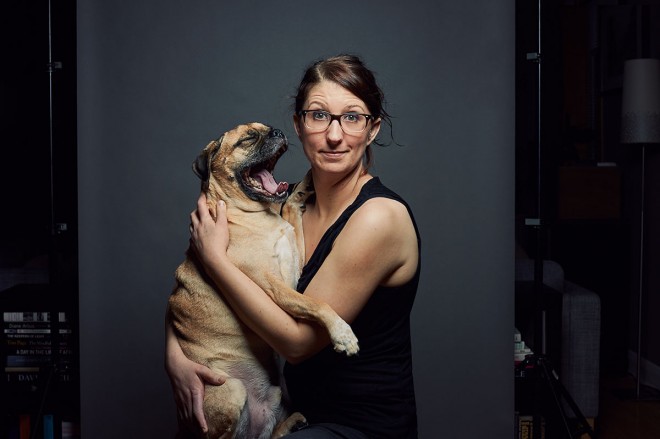 Sorry, doggie moms and dads—your fur baby is still just a drooling canine, at least in the eyes of the law.

A Saskatoon judge shut down a couple who brought their custody battle to the Court of Queen’s Bench for Saskatchewan earlier this year. They landed there after an “unfortunate incident,” in which the husband didn’t return one of the dogs to his wife when he was supposed to. A few days later, he filed a petition in court, asking that he and his ex split the pooches’ time equally between them.

The couple could not manage to get Justice Richard Danyliuk onside. “I am not about to make what amounts to a custody order pertaining to dogs,” Danyliuk wrote in his decision this past summer. “I will be blunt… this sort of application should not even be put before the court.

“Dogs are wonderful creatures,” Danyliuk wrote. But in the end, “a dog is a dog,” and thus “enjoys no familial rights.”

But is that really true? “A dog is a dog”? While it looks like Fluffy’s foray into family law will have to wait, in the meantime there are plenty of merchants who would gladly disagree with Danyliuk and treat your puppy like the golden child he really is:

Pet scan
You would never leave your baby at home unattended, so here is Petcube, an interactive camera disguised as a toy that can help you make sure your puppy doesn’t grow into a dog that didn’t get coddled and cooed over 24/7.

How about a “pawdicure”?
It’s heart wrenching to not be able to take Princess on vacation. But you can score her a suite of her own at The Royal Pets Hotel and Spa. Story time and tuck-in can be included in most luxury packages.

Why should Scruffy (or you) be forced to brave the elements when nature calls? Have him pop a squat on a Pooch Patch, which is essentially just a piece of sod. They do weekly deliveries, just $29 a pop. For grass. 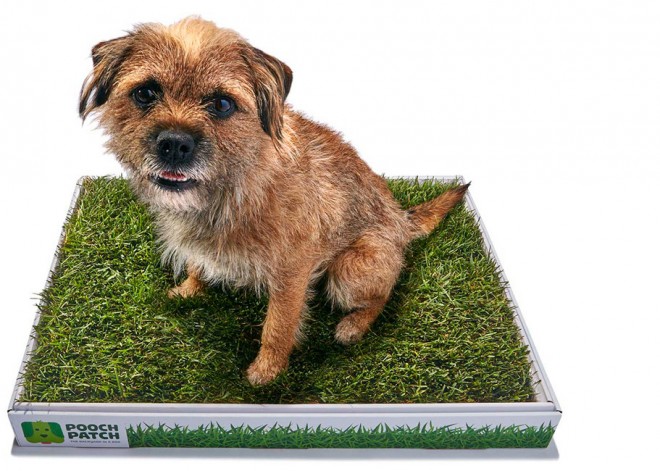 Why should Scruffy have to scamper outside to do his business? Doesn’t he deserve the dignity of an indoor bathroom? Photo, Pooch Patch.

Perma-hug
It’s sad seeing Bruno cower in the closet or under the bed while everyone else enjoys the Canada Day fireworks. So just strap him into a Thundershirt, designed to reduce anxiety by replicating a comforting swaddle. Then make him watch the fireworks—because it’s rude to hide.

Family portrait
Talented photographers who like to capture meaningful connections (and make mad cash doing so) have seen huge demand for family pet photography. This professional even has a trained animal handler on staff to bring out Scruffy’s inner Kate Moss.

Like a new man
Being neutered is an uncomfortable fact of life for most dogs. But how does Fido feel about his masculinity now that you’ve removed his testicles? Restore it in good faith with surgically implanted Neuticals, which are like breast implants but for dog balls. Just $169 USD for a large pair.

More:
7 gift ideas to troll the Trudeau-haters in your life
What a transgender hockey player must sacrifice to stay in the game
The holiday songs we hope to never hear again