Pediatricians say a high fever will not harm a child 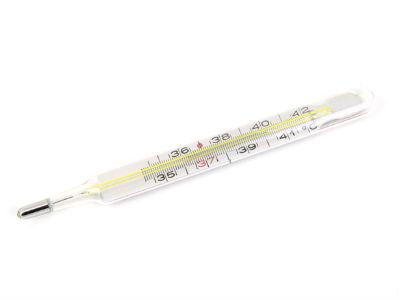 Parents have long been warned that a high fever in a child could have serious consequences, like brain damage or febrile seizures. Now, a new article authored by the American Academy of Pediatricians and published in this month’s issue of Pediatrics is claiming there is no need to bring down a fever in an otherwise healthy child. The article states that research shows a high fever poses no threat – of brain damage, seizures or otherwise – to a child’s health. In fact the article goes on to warn that treating the fever may actually prolong the illness that caused the fever in the first place.

Just when you thought Lady Gaga couldn’t push the boundaries of societal norms any further (think meat dress and homicidal music videos), she goes and gives birth to a machine gun. In her latest video, for the chart-topping “Born This Way,” the spectacle-loving diva appears to give birth to several gelatinous human heads before finally delivering a machine gun.  We liked her better in “Poker Face.”

In their continued slow march towards total internet domination, Facebook and Mark Zuckeberg recently unveiled Facebook Messages. The new service integrates email, chat and messaging into one centralized inbox. Laptop Magazine has some handy tips on how to get your account started here.

If you’re a parent, you may already be aware of this extremely fun fact: babies think that ripping a piece of paper in half is the funniest thing to ever happen in the history of hilarity. And while videos of babies laughing at paper tearing have been floating around YouTube for years, this recent addition is definitely worthy of two minutes of your time. If it doesn’t make you giggle, then you have no soul.

As civil unrest rages in Libya, commentators around the world are speculating whether the time has come to intervene with force. Libyan dictator Moammar Gadhafi has already shown his willingness to slaughter his own people to stay in power, and though there have already been sanctions, an asset freeze and travel bans, they have so far had little effect. While some policy experts are advocating for the provision of weapons to the protestors, most believe that the protestors and defectors are slowly but surely making headway against Gadhafi and will eventually take the capital of Tripoli without foreign intervention.