Overseas adoption: Why humour is the adoptive mother's little helper

I had painted the bedroom, bought the books and hung the pictures. But no amount of preparation could ready me for the trying and touching moments of the first few months with my newly adopted six-year-old son 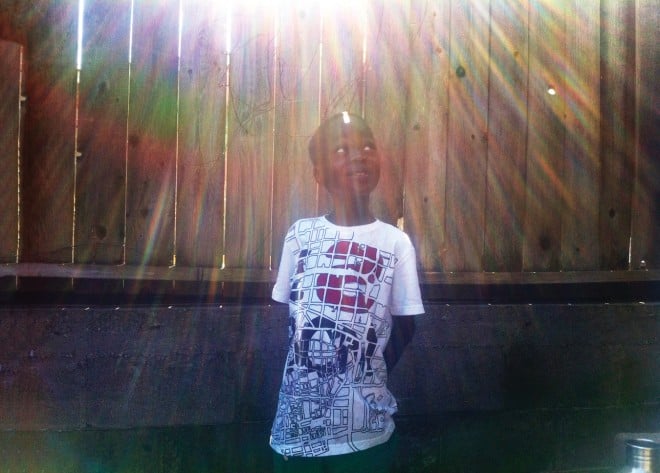 I was waiting in an orphanage on the edge of Addis Ababa, Ethiopia, when in walked this beautiful, brown-eyed boy. He was all limbs with wide-set eyes and a quizzical smile, and even though he didn’t speak English, I could tell he liked me. This was definitely a good sign. He was my kid, after all.

The image that most succinctly describes what set me on this road is that “I can’t believe it. I forgot to have children” Lichtenstein pop art comic. GenXers, like me, have delayed motherhood and generally ignored the warnings about rapidly closing fertility windows, which is why IVF clinics are fully of fortyish women, often single. I passed my fertile years in a committed relationship, not worrying about the children who never appeared. It would be interesting to say I was consumed with work. But I was really just nervously self-obsessed.

Many fertility clinics feature a nerve-calming aquarium. At age 39, as I gazed at those electric blue orchids, the gurgling tank produced in me the opposite intended effect: I had an impulse to kick it over, like wanting to shout the F-word in church. Maybe it was the mental image of chemically stimulated ovaries spawning like fish. What if I became the cautionary tale who ran through all of her savings for 11 rounds of IVF with no baby at the end? I was too afraid to take that path. Because domestic adoption seemed impossible — a long and troubling other story — I chose overseas adoption because it promised an assured outcome (a kid), plus a little glamorous cachet (Angelina had three!).

I learned later that my choice made IVF look like a root canal: unpleasant but bearable. That’s why the question “Why don’t you just adopt?” — casually delivered — is so cringe-worthy. It’s like asking an obese person, “Why don’t you just lose 100 pounds?”

It’s impossible to enumerate in this space all the twisted bureaucracies and minor aggravations that come with adopting one of the over 140 million orphans of the world. There are so many, it’s not even funny. So I developed a survival strategy: Laugh (to keep from crying).

Humour is the adoptive mother’s little helper. It came in handy when my mother asked me countless times, in her thick Glasgow accent, “Ahem, Liz, when are you going to Thailand to get yer baybuh?” And again when she was waxing florid on her greatest achievement: her children. “Mom,” I said, bored, “anyone can have children.” To which she replied, “You couldn’t.” I also laughed off the passive-aggressive comments along the lines of “I know someone who adopted from Korea. The kid was so damaged they sent it back.” I even laughed when people asked, “Couldn’t you have your own children?” Of course, those comments were minor compared with the task of convincing my reluctant husband. Scratch “reluctant.” He was against it. To get an idea of how against it he was, try suggesting to your significant other that he wear a loincloth and eat a bowl of grubs, in lotus position, on a bed of nails. Repeat request daily for five years. That will give you an idea of the look I got when I cheerfully suggested we take in an Ethiopian orphan. (He has since been won over a thousand times.)

But nothing compared to the most daunting roadblock of all: the matrix of government agencies and non-profits here and abroad, populated by officials who want foreign adoption to quietly go away. Their collective crowning achievement of obstruction is the Hague Adoption Convention, a treaty concluded in 1993 and since ratified by 88 countries. A primary intent was to curb child trafficking. Its effect has been to slow things to a crawl by imposing rules like child tracking and attempts at domestic placements. The waiting times in programs still in operation have stretched from months to years. Feeling the pressure, other countries, like Cambodia and Guatemala, closed their international adoption programs, and now their orphanages are bursting with kids (as of 2009 there were 380,000 orphans in Guatemala) who will never know what adoption circles call a “forever family.”

It’s the proverbial road to hell, paved by good intentions, where foreign adoption is ensnared in traffic. You would guess UNICEF’s goal would be to find these kids homes — now. Except they see foreign adoption as secondary to domestic placement. One number summarizes the whole situation: Some 67 children’s rights organizations went to court in Malawi — where more than one million children are without a home — to oppose Madonna’s first adoption.

I won’t bore you with all the other hoops along the way — unholy numbers of forms, police checks and background interviews — suffice to say it’s a lot of red tape to which no crack mommy would ever be subjected. The pain of it mostly vanishes with the arrival of the Referral, a document containing a photograph and background of the kid designated yours. Ours popped into my inbox last June, and that was the first I learned of Eshetu, a beautiful little boy who had lost his mother to malaria at three. A year later, his father, unable to feed him, turned him over to “care.” Imagine it if you can. I’ve tried and failed. The content of the email was pretty direct: Here he is. Do you want him? Let us know!

Next thing I knew, my husband and I were on a plane to Ethiopia, and what seemed like minutes after we landed, we found ourselves in the reception area of the orphanage, waiting to meet Eshetu. “How did you feel meeting him for the first time?” is the most typical question. Everyone assumes that a lightning bolt pierces your heart, discharging a monsoon of love accompanied by Handel’s “Messiah” and all the feelings it entails: salvation, peace, purity, comfort, reformation. Instead, what I felt like was the gangster’s moll in a melodrama who ends up taking care of a kid orphaned by a Mob hit. The next five days felt like the mother of all babysitting jobs. Just like the moll’s, somewhere around Act III, our hearts started to melt.

A watershed moment came in the room at the Hilton Addis Ababa Hotel when I gestured to Eshetu to unpack his suitcase of new clothes. He lifted up the whole thing and stuffed it in the drawer. There were funny things like that along the way. But what really got me like a Tim Hortons Remembrance Day commercial was his courage. People ask me if he cried when he left the orphanage, his home for two years. Hell, no! He didn’t bat an eyelash. Instead, he took the hands of two middle-aged worried-looking white people and walked away with nothing but the clothes on his back, a teddy bear and some crayons.

He’s been home for two months and that swagger is more pronounced. He’s our little Moses — once abandoned and now en route to claiming his royal destiny, his dad and I mere vassals to convey him there. Like your average noble, he’s exacting, fastidious, even demanding. Yesterday he was galled by soft-serve ice cream — apparently only high-quality dairy will do.

Now that I’ve willingly indentured myself, enduring the odyssey that is foreign adoption — two trips to Addis, thousands of dollars, emotional roller coaster — the question on many minds is: Why did I do it? It couldn’t have been a biological drive, because Eshetu doesn’t have my DNA. It wasn’t charity. I don’t believe children complete you or even make you happy. I was happy — and free. So why the inexplicable urge to mother a perfect stranger, a vulnerable little boy who could barely speak any English?

For me it was an urge to replicate the good and correct the bad parts of my upbringing. I’ve observed this in other parents, too. Father was a cheater? You can, like my friend Dave, insist you will never be that womanizing cliché. Your mother was a neglectful alcoholic? You will be the hypervigilant helicopter parent. If we are collectively correcting the errors of our parents, is it a stretch to say that good parents are making the world a better place? I don’t think so, which is why Malthusian arguments about overpopulation and having fewer children as a way to improve the world are so ridiculous.

Adoption was the hardest thing I’ve ever done. If there’s a next time, I’ll do a few things differently. I will laugh a lot more because, like I said, humour really is your friend. In fact, the most cathartic moment of the whole life-shattering trip happened in the Hilton pool while I was swimming with Eshetu. I was besieged by worry — Will he adjust to life in Canada? Will we bond? — and battling jet lag, altitude sickness and the heat, dust and intense poverty of Addis, while feeling guilty for being fortressed at a four-star hotel in a place where toilet paper is a luxury. Suddenly this goofy, overweight, drunk Russian came barrelling along in his bikini briefs. Turning a corner too quickly, he slipped, caught some air and landed on his ass. Eshetu and I looked at each other and burst out laughing.