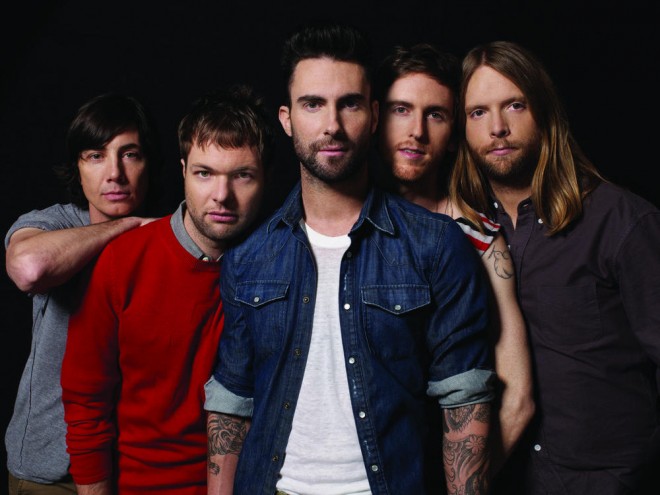 Normally after a short break between albums, musicians head back into the studio, bang out another album, plan the release, and hit the road in support. But in the changing music climate, there’s no longer a “norm” and bands like Maroon 5 are taking full advantage.

The Los Angeles-based group has been on the road all summer playing live shows in advance of the September 21st release of their third studio album, Hands All Over. They also switched things up by leaving their homes in L.A. to work with famed producer Mutt Lange (yes, Shania’s ex) at his private studio in Switzerland (yes, in the same chateau he shared with Canada’s country queen), and judging by the album’s final tracks, it seems like their unorthodox ways are really paying off.

We sat down with lead singer Adam Levine and drummer Matt Flynn recently to chat about the changing music industry, working with Lange, and Levine’s restless nights in the Alps.